The state decided to extend a Rs 570 crore relief package besides taking over the assets of the units spread over an area of 2,000 acres 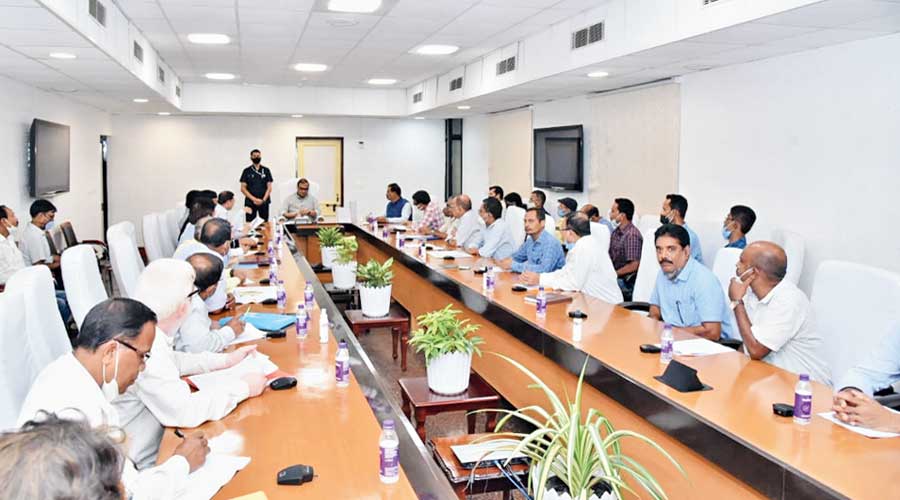 The six-year struggle of the employees of two defunct Assam paper mills is finally moving towards a resolution with the state government deciding to extend a Rs 570 crore relief package besides taking over the assets of the units spread over an area of 2,000 acres.

The breakthrough came after a four-hour-long meeting on Tuesday night in Guwahati chaired by chief minister Himanta Biswa Sarma and the representatives of Nagaon Paper Mill located at Jagiroad in Morigaon district and Cachar Paper Mill at Panchgram in Hailakandi district.

Both mills are units of the Hindustan Paper Corporation Limited, a central government enterprise under the ministry of heavy industries and public enterprises. The mills presently have over 1,200 workers and employees.

After the meeting, Sarma announced on Twitter: “Finally reached agreement with the workers and employees of Hindustan Paper Corporation to resolve long pending issues of their salaries and dues. Discussion lasted over 4 hours in my office and concluded at 2am...”

The development assumes importance because the mill issue was a key poll plank in the 2016 and 2021 Assembly polls.

Sarma said in Biswanath district on Wednesday that the agreement will be discussed and approved in the cabinet meeting to be held in Dhemaji on Thursday.

“We have almost resolved the mill issue. After the cabinet meeting, we will share details. It is unlikely the paper mills will be revived but we have a plan.… There will be some industry there,” Sarma said.

The struggle of the employees started after the Cachar mill stopped functioning on October 20, 2015, while the Nagaon unit shut down on March 13, 2017. The mills supported a population of over two lakh before they were closed.

The non-payment of salaries for the past 57 months compounded their uncertainty, forcing the employees to stage protests and move courts seeking revival of the mills and payment of pending dues. Altogether 95 employees have passed away, of whom three committed suicide. The deaths have been attributed to health and financial crises.

The reaction of the employees summed up their relief following the agreement.

Manobendra Chakraborty, president of the Joint Action Committee of Recognised Unions (JACRU) for the two mills, expressing his gratitude to Sarma for trying to resolve the issue within four months of taking over, said the proposed package of “Rs 570 crore is actually a relief package for the rescue of struggling workers and employees”.

Sources said both the chief minister and industries minister Chandra Mohan Patowary are signatories to the agreement reached with the workers’ and employees’ unions and associations on Tuesday night.

“Several central and state leaders committed to help us but only the incumbent chief minister delivered.… It is the first step towards a solution to our long-standing problems. The Rs 570 crore package will take care of 28 months’ salary and other dues but the government has assured it will not prejudice the claims of workers pending in courts,” Chakraborty said.

The other salient features of the agreement included the state government taking over HPCL assets and disbursal of the relief package within two months after the clearance of the proposal by the National Company Law Tribunal (NCLT) for taking over the mill assets.

“The government will give a detailed proposal to the NCLT as per law about buying the assets and their utilisation in the future. We hope the government implements the package at the earliest,” Chakraborty said.

The employees will have to vacate and handover the mill assets to the administration before the relief package is disbursed, sources said.

However, Chakraborty said that “workers in distress would be allowed to stay at their respective quarters without any disturbance till the disbursement of relief is completed in full”.

Chakraborty said a special recruitment drive will be carried out to absorb 100 employees, besides doctors and other health workers engaged by the mills.