You will see in time that the protection of our jati, mati and bheti will be through the BJP, chief minister Sonowal said 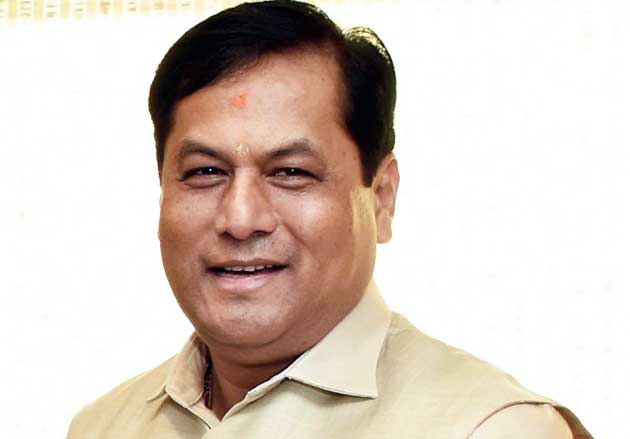 BJP insiders said the party and the government have “no” option but to take “an aggressive stand” to convey their “conviction” in the bill in the run-up to the budget session during which the Centre will try to push it in the Rajya Sabha after passing the Lok Sabha test. The session starts on January 31.

BJP spokesperson Rupam Goswami said, “It is our duty to remove misconceptions about the bill and that can be effectively done by adopting an aggressive and combative stand amid the ongoing protests against the bill. We have to convey our conviction to convince the masses about the benefits of the bill, that it is in Assam’s interests.”

Sarma, one of the few vocal supporters of the bill, tweeted on Thursday: “Well aware that Naxals/Left use character assassn & intimidation as tactics. It won’t alter my views that #Assam must accept #CitizenshipAmendmentBill. They want us to be slaves of a particular civilisation. However in this civilisational fight we must win. Assam & India must win.”

By Left, Sarma referred to the anti-bill campaign led by intellectual Hiren Gohain and KMSS adviser Akhil Gogoi, party insiders said. He has been saying that the bill will save power from going into the “hands of illegal Bangladeshi Muslims”. He has also been talking about Assembly seat reservation and constitutional safeguards to those who were residents of Assam before 1951 and that he was ready to face flak as the bill would secure the future of the Assamese.

The usually calm Sonowal was also combative at a Bihu function in Nagaon on Tuesday while asserting that he and his government were committed towards protecting the jati, mati and bheti of the Assamese people. “I am a product of AASU and respect their sustained agitation (on bill). I have not come to betray the people of Assam. You will see in time that the protection of our jati, mati and bheti will be through us (BJP). All rights, constitutional safeguards will be provided by us. Till our last moment we will continue to work in the interest of Assam,” he said.

BJP insiders said the push for the bill would only get shriller in the days to come with national general secretary Ram Madhav urging party leaders here on Thursday to convey the benefit of the bill to the masses.