Protests continue in state and Assembly 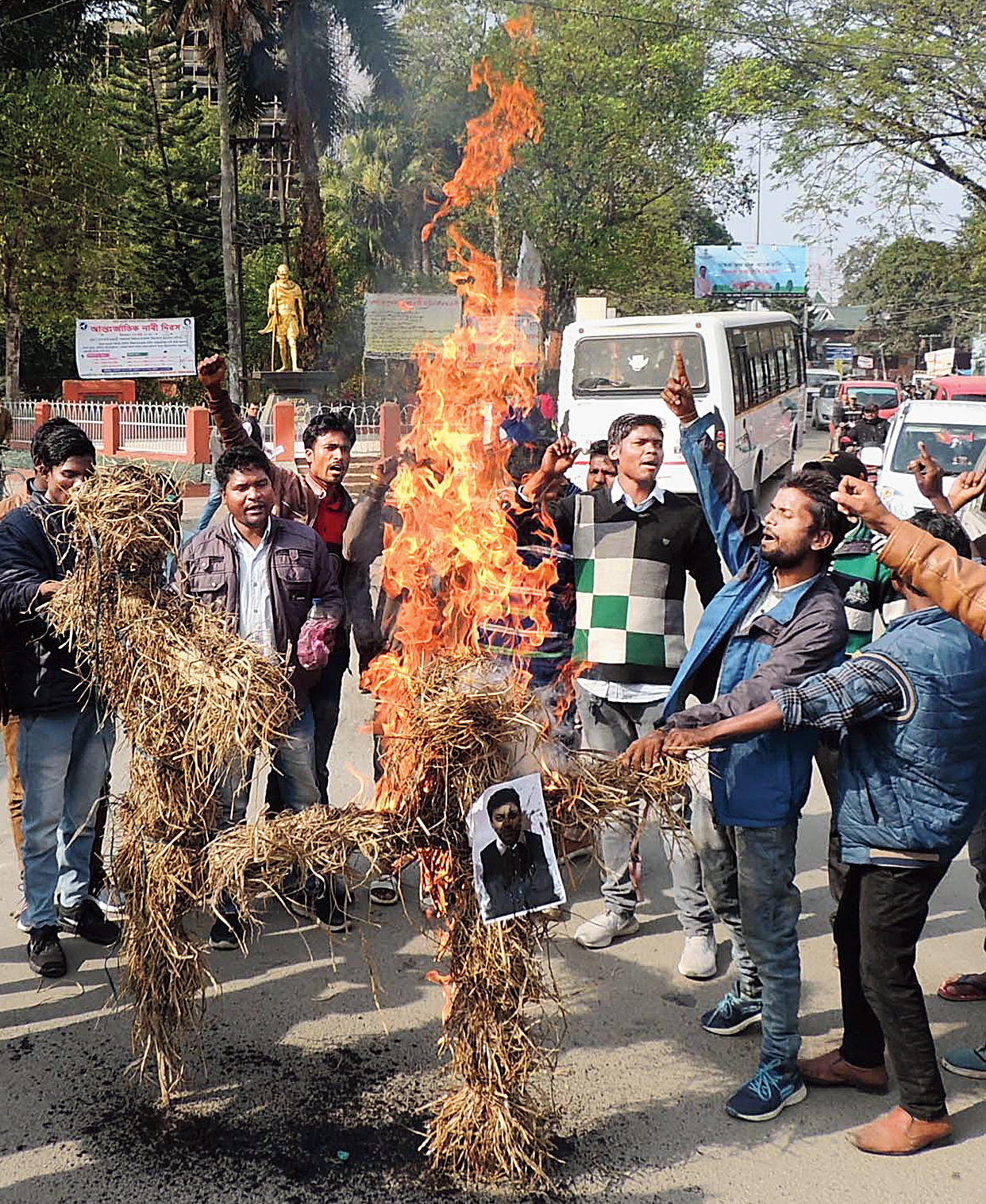 An all-party delegation of the Assam Assembly, led by Speaker Hitendra Nath Goswami, will visit the areas affected by the hooch tragedy to interact with the survivors and families of the deceased to get a first-hand account of the incident.

The Speaker took the decision after it was suggested by several MLAs during a lengthy discussion on the issue in the Assembly on Thursday.

The date of the visit, however, has not yet been announced.

As soon as the day’s proceedings began, the Congress and the AIUDF legislators moved an adjournment motion seeking a discussion on the hooch tragedy by suspending all other business in the House.

The BJP and the Congress MLAs traded barbs when parliamentary affairs minister Chandra Mohan Patowary said there is no need for an adjournment motion as the matter can be discussed under any other procedural device.

The Congress MLAs trooped to the well, holding placards and shouting slogans, leading to pandemonium, which forced the Speaker to adjourn the House for around half an hour.

The Speaker allowed the discussion during Zero Hour and exercised his discretionary powers to extend the Zero Hour till the conclusion of discussion, which continued for over four hours.

The Congress MLAs later returned to join the discussion. During the discussion, many MLAs, cutting across party lines, demanded total prohibition in the state along the lines of Bihar.

Some of the legislators alleged that a nexus between excise officials and illicit liquor sellers had resulted in the tragedy.

Rupjyoti Kurmi of the Congress said many children have been orphaned.

Aminul Islam of the AIUDF said some of the poor families were compelled to bury the bodies as they could not arrange wood for the cremation.

Congress members also demanded that ex gratia to the victims’ families be raised from Rs 2 lakh to Rs 10 lakh.

Replying on behalf of chief minister Sarbananda Sonowal, Patowary said 155 people have died so far while 268 were undergoing treatment in hospital.

He said three cases were registered at Golaghat police station and two at Borholla police station (Jorhat district) while 34 persons have been arrested in this connection.