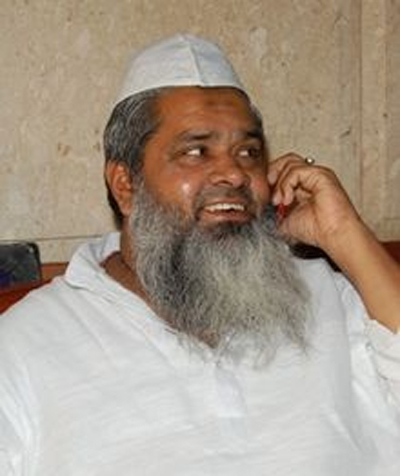 The Asam Sahitya Sabha and the All India United Democratic Front (AIUDF) on Friday jointly urged the people, especially Muslims living in sar areas, to mention Assamese as their mother tongue in the 2021 census.

The call comes at a time when many fear Assamese language will be reduced to minority status. The opposition against the Citizenship (Amendment) Act is also driven by the fear that the land and language of Assamese people will be under threat if the “contentious” Act is implemented.

Sabha and Ajmal Foundation, a charitable trust, held a meeting at the Sahitya Sabha Bhawan here where the foundation donated 10 computers and two printers.

Though Assamese is the official language, the state government in December decided to move the Centre to get Article 345 of the Constitution amended to make Assamese the state language, except in the Bengali-dominated Barak Valley, BTAD and the hill districts.

Sabha general secretary Padum Rajkhowa said a person may talk in different dialects but he/she should mention Assamese as their mother tongue in the 2021 census.

“We have urged Badruddin Ajmal, chief patron of Ajmal Foundation, and AIUDF legislators to convey the message that Muslims of their areas and constituencies and people in sar areas mention Assamese as mother tongue. We request the people of sar areas to make Assamese their first priority,” he said.

“We have visited various sars and found the people speaking Assamese for long. Everybody studies in Assamese-medium schools. But some people may mislead the sar residents, so we must be wary of such a situation,” Rajkhowa said.

Ajmal said his foundation has always worked to promote and preserve Assamese language and will continue to do so.

“A powerful minister is continuously making communal remarks by targeting a particular community but we will not go that way. We are committed to the cause of promotion of Assamese language which is the backbone of Assamese society. We will work with the Sabha to promote the culture of Assam jointly,” said the AIUDF chief, who is also a life member of the Sabha, indirectly alluding to Himanta Biswa Sarma.

In public meetings, Sarma refers to Ajmal as future chief minister and indirectly says is from “Bangladesh”, while pushing CAA, which will allow non-Muslims to acquire citizenship if they entered India before December 31, 2014. Sarma or pro-CAA people contend this section will save the state from falling into the hands of illegal immigrants.

Ajmal said: “I have been travelling to every nook and corner of Assam for the last 15 years but we have not found any Bengali-medium school in Muslim-dominated areas. We are Assamese and we will remain Assamese. This question should not be asked.”

Before the meeting, Ajmal said Sarma was dreaming of becoming the chief minister and that he was under depression.

“He was good when he was in the Congress. Now he is singing a different tune. As long as Sarbananda Sonowal is chief minister, my brother Sarma’s dream will remain just that — a dream,” Ajmal said.

Ajmal said the AIUDF in 2011 had asked everybody to write Assamese as their mother tongue.

The Dhubri MP also asked the Sabha to decide the definition of indigenous Assamese as it is the apex literary body and one of the important organisations of Assam.

Sabha session: Rajkhowa said President Ram Nath Kovind will attend the 75th biennial session of the Sabha on February 3. The six-day session will start on January 30 at Sualkuchi in Kamrup district, 18km from here.