In the first phase, the government will test employees of the health, police and education departments 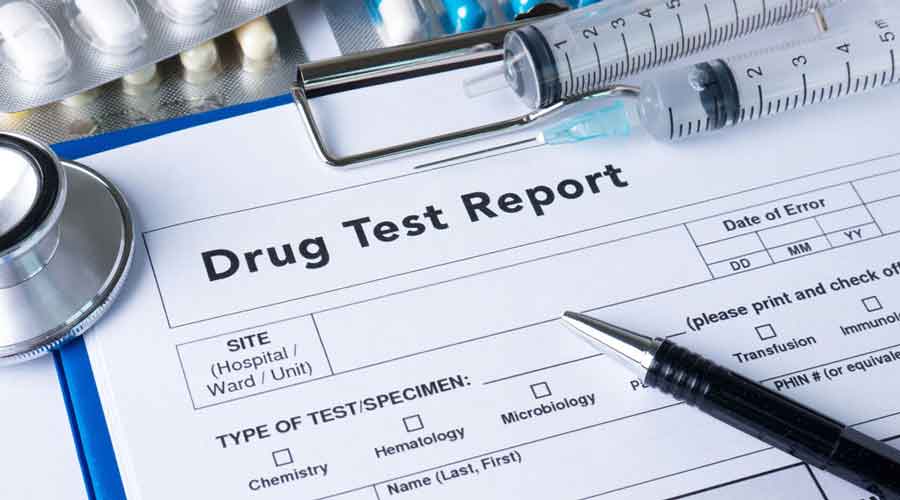 The Arunachal Pradesh government is set to conduct random toxicology tests on its employees as part of its efforts to curb the growing drug menace in the frontier state.

The toxicology test, which determines traces of drugs in a person, follows the BJP-led state government’s one-time opportunity to its employees to voluntarily disclose their addiction to natural or synthetic drugs to their controlling officers.

Till November, 225 employees had formally disclosed their addiction but since the number of addicts is feared to be much higher, the state administration has decided to go for random selection and testing to get an accurate picture, sources said.

In the first phase, the government will test employees of the health, police and education departments. Their blood and urine samples will be collected. No deadline has been set but the plan is to complete the process by December, the sources said.

The voluntary disclosure by the addicted employees was in response to a state government notification issued on June 1 that offered remedial measures and treatment at the earliest.

The government has started categorising the addicts into three groups based on severity. They will be treated and rehabilitated in a time-bound manner. The administration has also decided to involve NGOs in the post-rehabilitation phase to prevent a relapse, besides creating awareness among students and women.

The June 1 notification issued by chief secretary Naresh Kumar says: “The government will provide such employees one-time immunity from prosecution/ disciplinary proceedings. On the expiry of the timeline i.e. 31/07/2021, if any such violation is detected, it shall make the errant employees (regular/contractual/contingent) liable for stringent action, including termination from government service.”

The date of the “one-time opportunity” was extended and the government revealed the figures of the addicts last week.

An official said the clampdown had become necessary against the backdrop of reports that “some government employees are involved in consumption of banned contraband substances”, which is a punishable offence under Section 27 of the Narcotics Drugs and Psychotropic Substances Act, 1985.

The crackdown is also aimed at ensuring the success of the war against drugs lau­n­ched by the state government.

Eight of Arunachal’s 25 districts, including Changlang, Tirap, Namsai, Lohit, Dibang Valley, Upper Siang, West Kameng and Anjaw, are among the 272 worst drug-affected districts in the country.

The sources said chief secretary Kumar was leading the fight against drugs at the top with the backing of chief minister Pema Khandu. Oli Koyu, the nodal officer of the state anti-narcotic bureau, is executing the operation in the field.

“Drug addiction is quite alarming in at least 13-15 districts. It was therefore decided to lead by example by putting our own house in order by asking our employees to come clean. It is difficult to mobilise support if our own are addicts,” an official said.

Most addiction cases were reported from Namsai, Lohit and Longding districts and the education department is said to be the worst hit, a cause of worry because it touches everyone.

“Addiction in Arunachal is multi-dimensional. Illegal poppy cultivation is both a source of addiction and livelihood, especially in the eastern part of the state. Proximity to Myanmar is another reason. The illegal poppy is sent across the border to Myanmar by growers and drug traffickers for processing into heroin, which is sent back to the Northeast,” an official said.

“The identity of the employees will be kept confidential and efforts are being made to send them to Assam, Nagaland or to AIIMS for treatment and rehabilitation so that other staff get motivated to come clean. It is going to be a long haul but we are on track,” he said.