It has been carved out of West Siang district 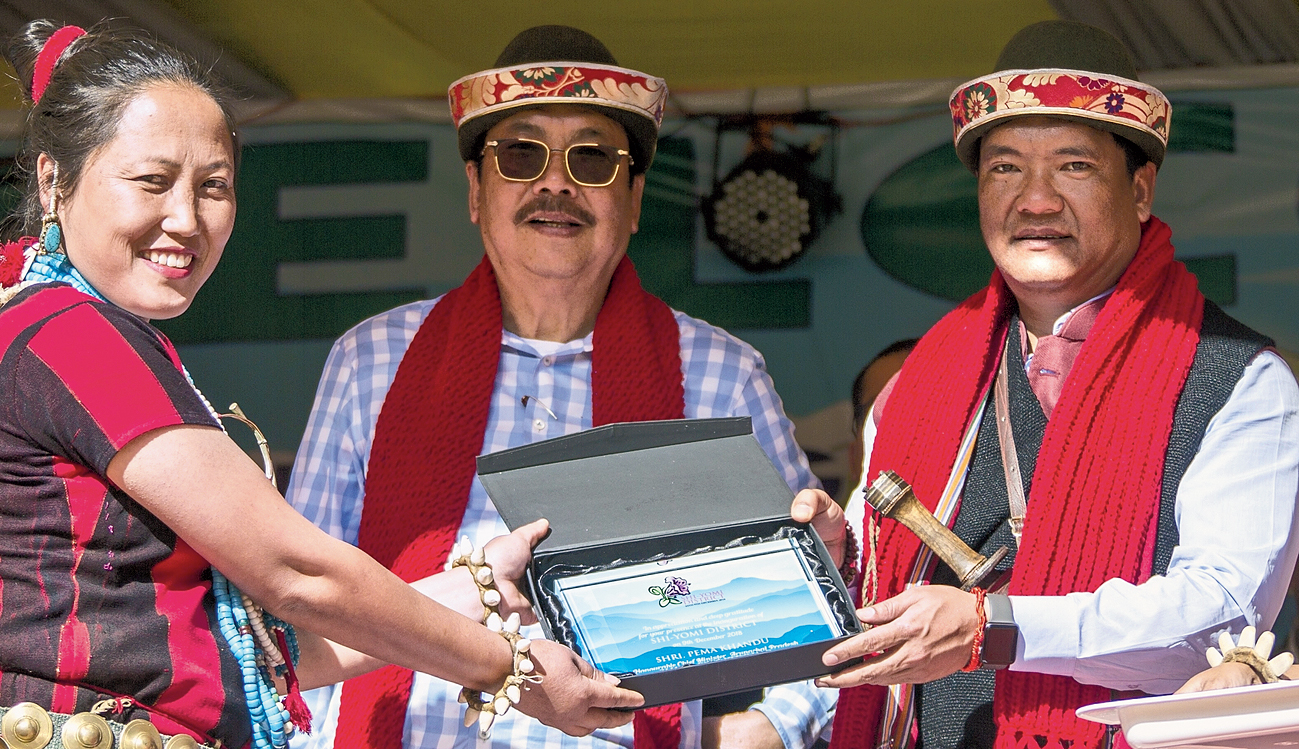 Shi Yomi is one of the three districts recently created by the government in the state, which now has 25 districts.

The other two recently-formed districts are Lepa Rada and Pakke-Kesang.

Congratulating the people of Shi Yomi, Khandu said the task of building the new district begins now. He urged all the local communities — Memba, Adi and Tagin —to think and work together to build a prosperous district.

“The district carved out of West Siang district was a long-felt demand, which the previous state government failed to fulfil. Owing to its large geographical area, inaccessible terrain and the district headquarters Aalo being far from these four circles, the Assembly gave its consent to the creation of this new district,” Khandu said.

Thanking the people for donating land for government establishments, the chief minister urged the administration to set the right priorities as the government cannot afford lavish spending. Following the inauguration, the additional deputy commissioner of Mechuka read out the notification for creation of Shi Yomi district.

This was followed by the ceremonial flag handover to the deputy commissioner, M. Dirchi, and superintendent of police, G. Dajangju, of the district by chief secretary Satya Gopal and director-general of police S.B.K Singh respectively.

Women and students performed a dance on the occasion.