The Pema Khandu-led Arunachal Pradesh cabinet on Thursday approved the name of the under-construction airport, which is likely to be operationalised on August 15 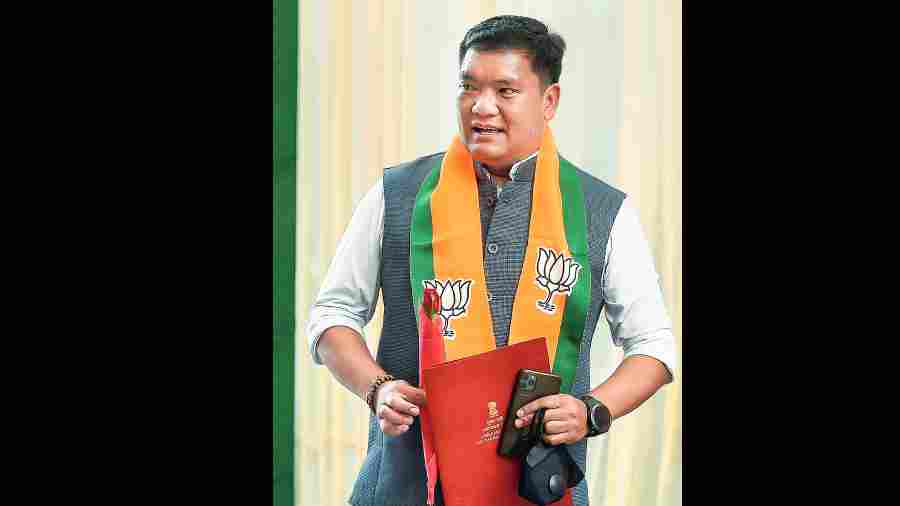 The greenfield airport at Hollongi in Arunachal Pradesh has been named Donyi Polo Airport, Itanagar.The Pema Khandu-led Arunachal Pradesh cabinet on Thursday approved the name of the under-construction airport, which is likely to be operationalised on August 15.

The Airports Authority of India, which is developing the airport around 15km from capital city Itanagar, had on July 19 successfully completed its first flight test landing.Being built at a cost of Rs 650 crore, the airport is spread over 320 hectares and has the capacity to handle jets like the Airbus A321 and 200 passengers at peak hours.

The chief minister’s office said in a statement: “This name of the lone airport in the capital city Itanagar will symbolise the age-old tradition and rich cultural heritage of the tribal state and will also reflect the people’s age-old indigenous reverence of the Sun (Donyi) and the Moon (Polo).”

Sources said chief minister Khandu had suggested the name of the airport in a letter to Union civil aviation minister Jyotiraditya Scindia in May.

Khandu’s letter stated: “Being the lone airport in the state capital, it would be befitting to name the greenfield airport celebrating the people’s age-old indigenous reverence of the sun (Donyi) and the moon (Polo) i.e. Donyi Polo airport… I would like to request your kind consideration on the proposal to name the airport as Donyi Polo airport.”

The Centre had approved the setting up of the airport under the Capital Connectivity Scheme to build fixed wing air connectivity facility to the state capital, which “was a long cherished dream of the people of the state”, the CMO statement said.People from Itanagar now have to travel either to Lilabari or Guwahati to avail flights, which is both time-consuming and financially draining.