Owing to a conflict of interest among the experts, the issue is in the Supreme Court 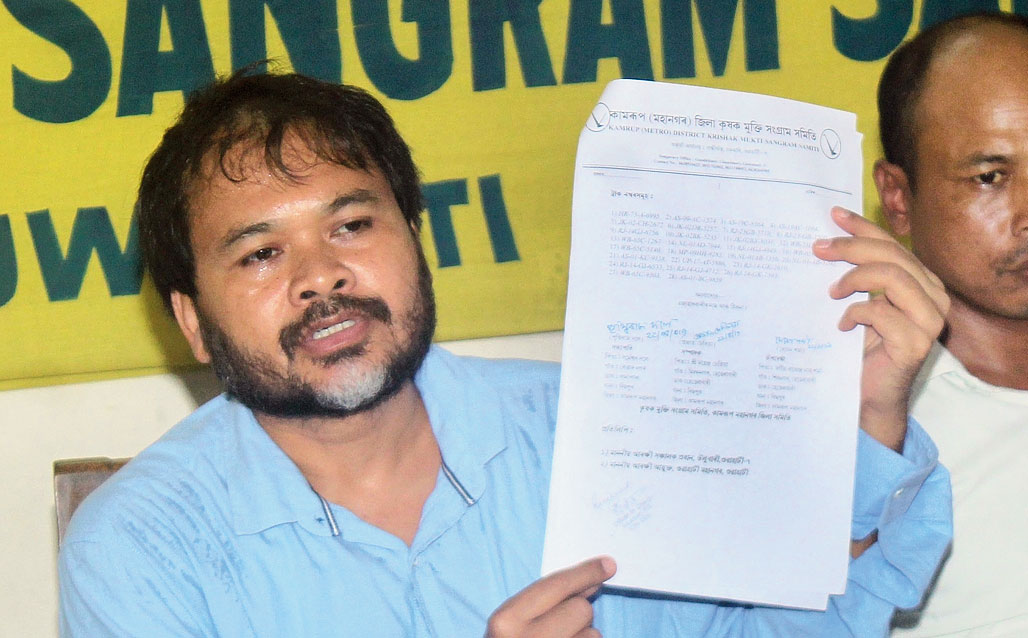 Several organisations, including the Krishak Mukti Sangram Samiti (KMSS) and Asom Songrami Mancha (ASM), on Saturday criticised the state government for signing a pact with the National Hydroelectric Power Corporation to complete the 2,000MW Lower Subansiri Hydroelectric Project at Gerukamukh.

KMSS adviser Akhil Gogoi termed the pact “illegal” and said “its a document which will bring downfall of the government”. The KMSS has been opposing the construction of the mega dam citing it will bring destruction in Upper Assam.

Akhil asked the state government to terminate the pact and conduct a tripartite meeting with Assam organisations and the Centre to take a decision on the course of action.

“How can the state government sign a pact when the matter is sub judice? We want the work to be halted before a decision is taken in the tripartite meeting. Or else the people will continue mass agitation. I also appeal to all the organisations, including the All Assam Students’ Union, to raise their voice against the dam. This is the time to stand united and fight against it,” Akhil said.

Owing to a conflict of interest among the experts, the issue is in the Supreme Court.

He also said the project oversight committee, which was formed in 2014 when chief minister Sarbananda Sonowal was the Union sports minister, had published two reports and the experts had opined the mega dam was never safe.

“I was also part of that tripartite meeting. They said before ensuring the safety measures the downstream impact couldn’t be studied. So the construction was not possible,” he said.

Akhil said though Prime Minister Narendra Modi and then home minister Rajnath Singh had assured that no mega dam would be constructed, they had deceived the people.

The Manch in a statement said the state government was ignoring the interests of the people just to be in the “good books of the government at the Centre”.

They appealed to the MLAs and ministers to listen to their conscience and disapprove of the pact signed on Friday.

Work at the dam site had come to a grinding halt in 2010 following largescale protests by the AASU, KMSS and others.

Asking if the Assam government had any knowledge about the geological aspects of the dam, the statement pointed to the Wadia Institute of Himalayan Geology which had warned of a catastrophe in case of any damage to a big dam in the Himalayan seismic zone. It also referred to the Sayano-Shushenskaya hydroelectric power plant dam explosion in Siberia in Russia on August 17, 2009, where 75 people were killed.

The ASM also recalled the death of 22 people and inundation of over 500 villages in Assam owing to release of excess water from the Ranganadi hydel project in Arunachal Pradesh on June 14, 2008.