Akhil back in jail custody 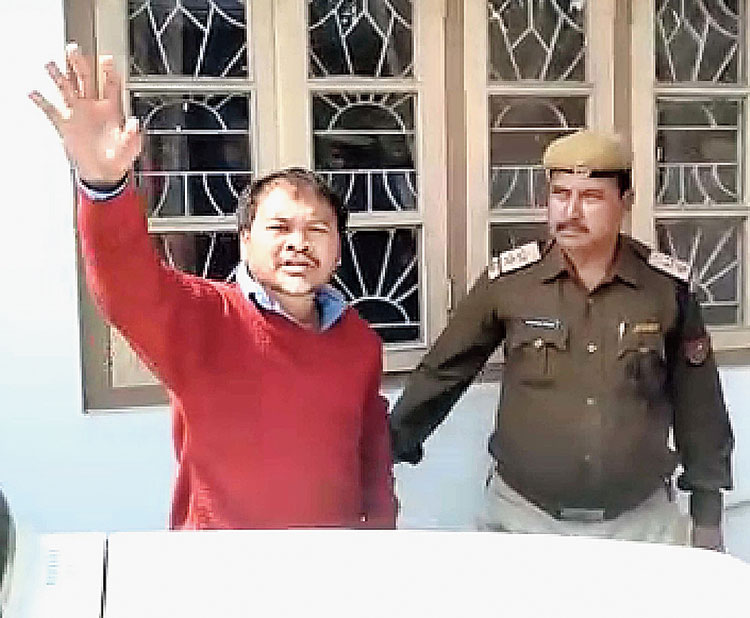 Krishak Mukti Sangram Samiti leader Akhil Gogoi, who was produced before the NIA court here on Monday, reiterated that anti-Citizenship (Amendment) Act protesters should unite and intensify the movement so that the Centre is forced to withdraw the law.

The court sent back Akhil to 14-day judicial custody till February 25. He was arrested by the National Investigation Agency (NIA) on December 17 under the Unlawful Activities (Prevention) Act during anti-CAA protests. While being taken to the court, Akhil said, “The movement against CAA needs to reach the streets from the playgrounds. Protests should not happen only for the sake of protests but they should compel the government to address the people’s demands. We must unite to uproot the BJP from power.”

The NIA submitted before the court on Monday its reply explaining the act of bringing Akhil in handcuffs during his first appearance in the case on December 17. “But in its reply, the NIA has not given sufficient reasons behind the act. We will argue the matter in the next hearing,” said Akhil’s counsel Santanu Borthakur, who had objected to Akhil’s handcuffing. The NIA has reportedly said in its reply that Akhil was handcuffed for security reasons.

Three other KMSS leaders accused in the case, Dhirjya Konwar, Manas Konwar and Bittu Sonowal, were also produced before the court and sent to 14-day judicial custody. All the four leaders have been accused by the NIA of having a nexus with Maoist groups.

Noted academician Hiren Gohain, along with veteran journalists Haidar Hussain and Adip Phukan, also reached the NIA court to meet Akhil. Gohain said the arrest of the KMSS leaders was a part of a conspiracy to derail the anti-CAA movement.

No protest took place on Monday as the anti-CAA brigade decided to hold no meeting or rally, taking cognizance of the Matric examinations. The Plus Two finals will start on Wednesday.