Abhishek set to lead roadshow in Agartala on September 15

The show of strength was announced, days after the Enforcement Directorate had questioned the Diamond Harbour MP in a money-laundering case 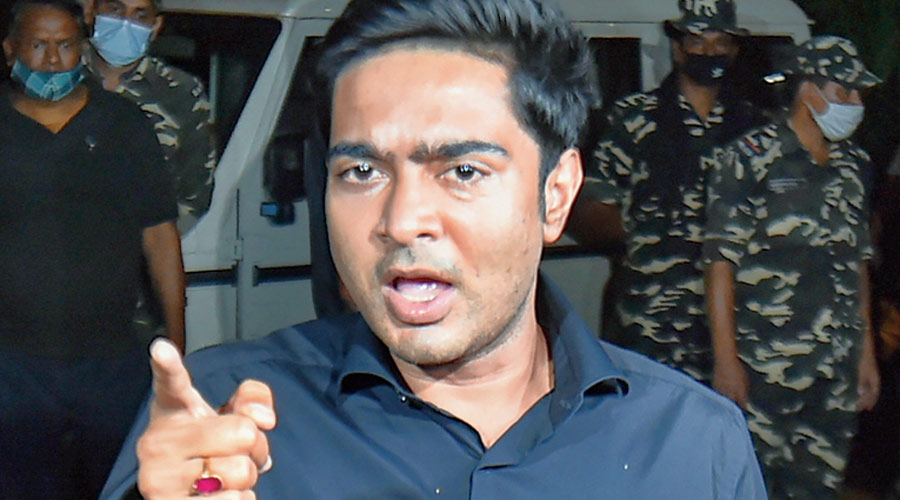 Trinamul Congress national general secretary Abhishek Banerjee will lead a roadshow in Agartala on September 15 against the “hooliganism” of the ruling BJP in Tripura.

The show of strength was announced on Friday, days after the Enforcement Directorate had questioned the Diamond Harbour MP in a money-laundering case.

Trinamul sources said the protest march had been organised to send a message to both the voters of Tripura and the BJP-led Centre that the party would be in the state for a long haul.

“The rally is also to make it clear that Trinamul will not be cowed down by any central probe and will continue to fight for democracy,” said a Trinamul leader while referring to Bengal chief minister Mamata Banerjee’s salvo against the BJP on Wednesday.

Addressing party workers in Calcutta on Wednesday, Mamata had said the BJP was “harassing Abhishek without any evidence” and it was a ploy to teach her a lesson.

Senior Trinamul leader in Tripura Ashish Lal Singh told The Telegraph that the party expected a turnout of around 50,000 people in the 4km-long roadshow in Agartala on Wednesday.

“BJP’s hooliganism must end and we will do everything possible to restore democracy,” Singh said

Trinamul’s proposed roadshow comes in the wake of the CPM flagging the alleged lawlessness in Tripura by organising protest rallies across the nation on Friday against the attack on its offices allegedly by the BJP on Wednesday.

CPM leader Jiten Chowdhury told The Telegraph that the party had lined up a series of programmes to highlight the attacks triggered by what he said were successful rallies addressed by former chief minister Manik Sarkar in his Dhanpur constituency on Monday.

“They (the BJP) have vandalised 20 CPM offices and 20 residences of our party members since Wednesday. We will also submit a memorandum to the Tripura governor regarding the attacks. A team of party MLAs will leave for Delhi soon to stage protests and also meet President Ram Nath Kovind and Union home minister Amit Shah demanding restoration of rule of law in the state,” Chowdhury said.

Rejecting Chowdhury’s claims, BJP spokesperson Nabendu Bhattacharya said: “They (the CPM) are attacking our karyakartas, including women members. They are trying to revive the reign of terror they were used to when in power.”