Advertisement
Home / North-east / A peek into Barpeta, the ‘temple town’

A peek into Barpeta, the ‘temple town’ 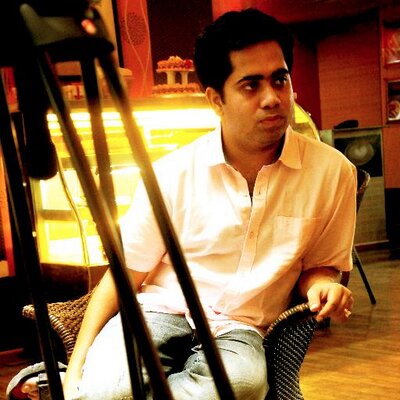 National award-winning filmmaker Samujjal Kashyap has come up with a documentary which is an ode to Barpeta, one of the significant towns of Assam.

Titled Moluwa (The Adorable One), the 50-minute documentary tries to explore some interesting as well as some unique facets of Barpeta which is also known as a “temple town”.

All the characters are real and integral part of the place and its culture — a story that is very much rooted and which was hardly told before.

“They (characters) speak from the core of their heart as it is their story which is very dear to them and hence the title ‘Moluwa’ which means ‘The Adorable One’ in local dialect,” said Kashyap who won the national award in 2015 for his first documentary Tezpur 1962 under the Best Investigative Film category.

He has tried to give an unbiased reflection of the various things happening inside the Barpeta Xatra, a Vaishnavite monastery, including restriction on entry of women into the kirtan ghar (the main prayer hall).

The documentary also threw light on the efforts for conservation of the 500-year old Assamese folk song naukhel geet (boat race song) among others.

A poster of Moluwa
Sourced by the Telegraph

Some of the notable characters are Gokul Pathak, a freedom fighter, prominent author and journalist who passed away a few days back.

There are Pramath Ranjan Kanti who is a researcher on Xattriya culture, folk artiste Nakul Das besides author and retired professor Amiya Mahanta, among others.

Kashyap said: “I was so lucky to spend some time with Gokul Pathak two years back. What a towering personality in the field of art, culture and literature from Barpeta! He also advocated the minimalistic way of living in the truest sense I believe. His works and deeds will keep him alive forever. He was also Bishnu Rabha’s closest aide, friend and follower.”

Besides, another important element of the documentary is the famous Holi festival and Holi geets (songs) of Barpeta pictured and depicted well.

“Barpeta, being my hometown, has been always close to my heart. Whenever I visited the place, I used every available opportunity to capture interesting scenes and a few lost stories hoping that someday it would blossom into a visual poetry that will give a much deeper meaning to its beauty, culture and history. I have tried to string them together in such a way so that the documentary can emphasise the various wonders of Barpeta in a poetic flow. The scenes have been thoughtfully filmed to maintain the essence of continuity,” Kashyap said.

Apart from directing, he has also written and edited the documentary besides doing the cinematography.