A'hunting we will go is passé in 'wild' Nagaland 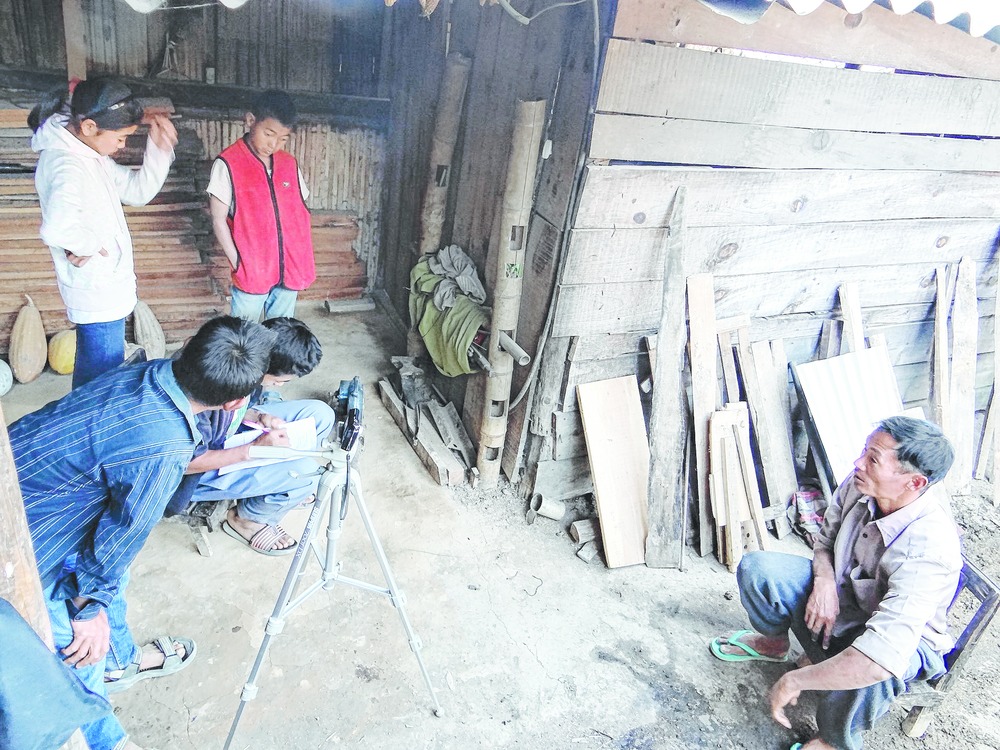 Guwahati, Oct. 2: An intimidating experience yet a learning one too.

This is what children in the age group of 14 to 16 years from Chizami village in Phek district of Nagaland encountered when they interviewed over 80 hunters for Project Hunt: An assessment of wildlife hunting practices by the local community in Chizami, Nagaland.

The study, which was done from 2013-14, has been published in the latest issue of Journal of Threatened Taxa.

"They felt nervous and intimidated with several hunters who were aggressive. Some even questioned them on whose authority they were conducting this study," Wekoweu Tsuhah, programme manager, North East Network at Chizami village, told The Telegraph.

Chizami is 88km east of Kohima, in Phek district, southeastern Nagaland. This area was chosen for the study of hunting practices and impact because it is rich in biodiversity and where hunting has been described as "excessive". The people belong to the Khezha-speaking community of the Chakhesang tribe.

The study was initiated and carried out by the Hoolock Gibbon Eco-Club, which was started by NGO North East Network. The objective of forming the club is to spread awareness of wildlife conservation through young children, and reconnect them to nature.

The children were encouraged to study a topic concerning conservation, and they chose hunting. Information on hunting practices was gathered from hunters through polls and interviews.

"Some of them got good co-operation from the hunters which made them happy. But some did not co-operate, so they felt dejected," Tsuhah said. "Overall, they said it was a very good learning experience," the official added.

In the poll, 868 people between 10 and 70 years participated. They were asked whether people prefer hunting or not. Of the 868 individuals, 78 per cent said no.

Although a number of people were approached for a more detailed interview, only 80 obliged.

The study found that the importance of hunting for cultural prestige has decreased in recent years. "Today, people give more importance and respect to those with high-profile jobs and those highly educated," it said.

The study also recorded for the first time the hunting practices of locals and the changes over time.

"We believe that since the hunting in Chizami is influenced by cultural practices, medicinal, ritual values and community ownership of forests, a simple ban on hunting is not likely to provide the desired effect. There is a need for more region-based policy that forms a liaison between conservation needs and traditional values," the study said.

It found that the legislation itself does not really help in curbing hunting because there is no proper enforcement and implementation of the Wildlife (Protection) Act 1972 in the state.

"Hunting should be practised in a sustainable way and there is a need to reconcile hunting with wildlife conservation," it said.