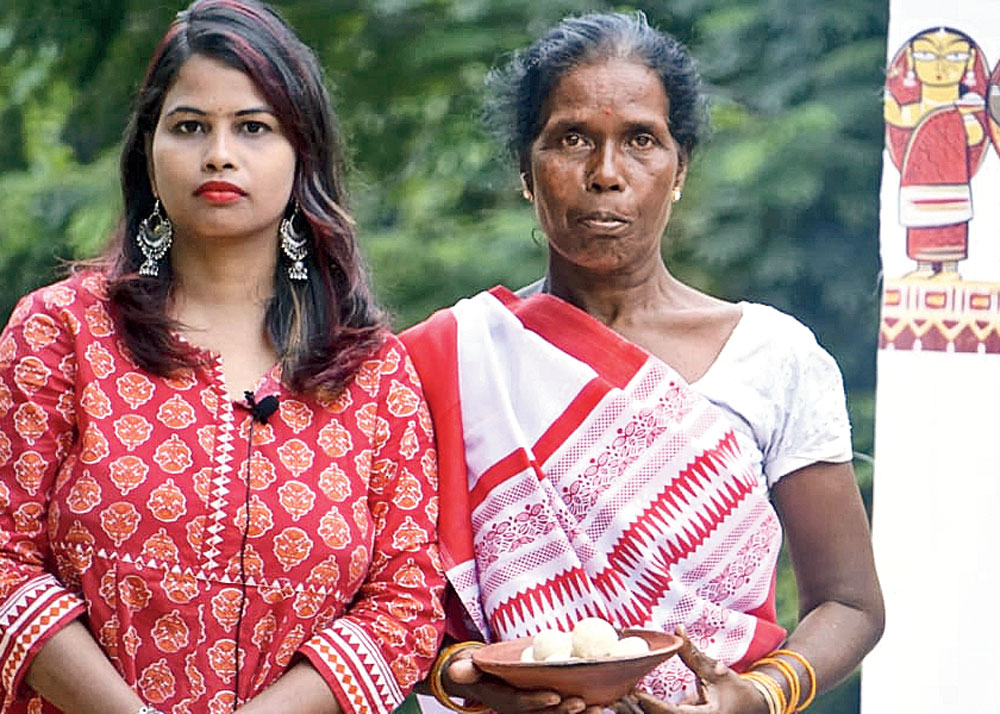 Did you know katai saag, a popular leafy vegetable consumed by the tribals of Jharkhand, is a rich source of vitamin A and C, magnesium and zinc? The fact that futkal saag is loaded with iron and vitamins A, C, B1 and B3 is also not common knowledge.

The channel Bhoomi Ka Cuisine, which currently has 42 subscribers, aims to promote and popularise organic and natural food habits among a generation that swears by its pastas and pizzas.

Going forward, the channel plans to include videos on delectable dishes of Bengal and Odisha as well.

Shot by Jamshedpur-based Rachna Communication, the first video uploaded by Bhoomi Ka Cuisine on April 8 was that of a sweet dish called Dumku, which is similar to a steamed rice cake.

The channel plans to upload one video every Monday till July 1.

In the 14 episodes that have been lined up, viewers will be able to learn how dishes such as lath, ragi khandawi, zil pitha, sakam pitha and aam patishapta are prepared.

Surabhi Sharma, communications and campaign manager of Bhoomi Ka, has done extensive research on the vegetables and recipes and has sought help from organic farmers from Rajnagar of Seraikela-Kharsawan and other food experts.

The first few videos were shot in Angara village in Ranchi. While the anchoring is done by Sharma, tribals are shown preparing the dishes.

“There is a touch of authenticity in the way the food is cooked on handmade chulhas and earthen utensils. It is useful in retaining the nutritional value. We shall promote the videos in a better way so that the recipes become more popular. Organic food not only has strong nutritional value, but also taste great. The only problem is lack of awareness,” Sharma said.

“A lot of research has gone into the making of these videos. There is neither any documentation nor any literature available on Jharkhand recipes. Bhoomi Ka has been promoting organic food and there are so many of them within the tribal community. People have overlooked them and their value. So we thought of making videos on these recipes and upload them on YouTube,” Sharma said.

Since 2017, Bhoomi Ka has been promoting the use of organic food through culinary competitions held in different parts of the state. 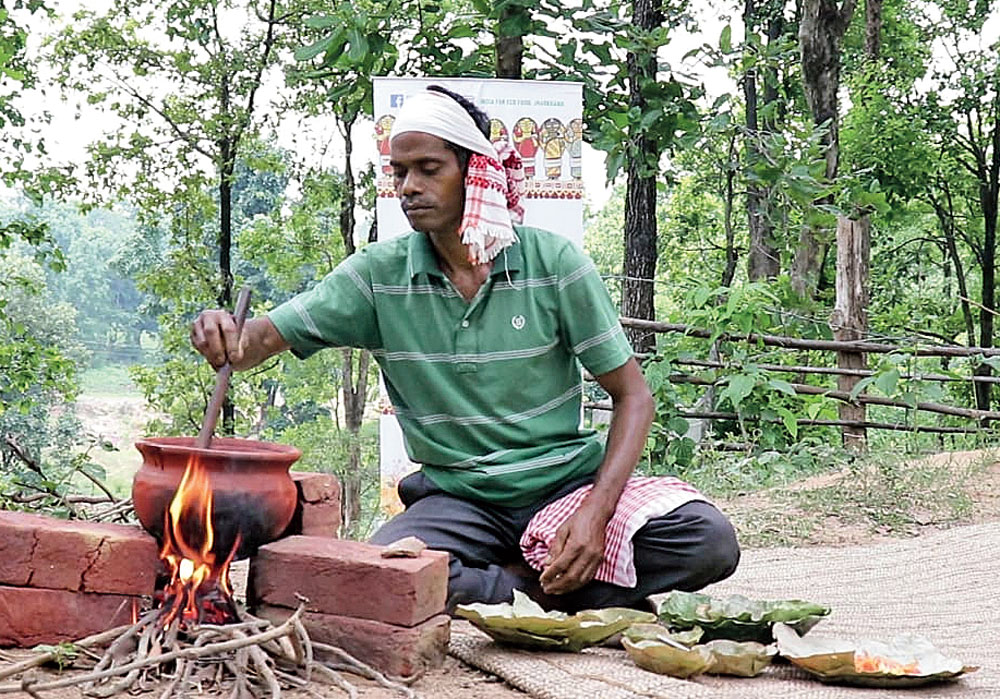