Project to cost Rs 113.24 crore with an estimated completion time of two years 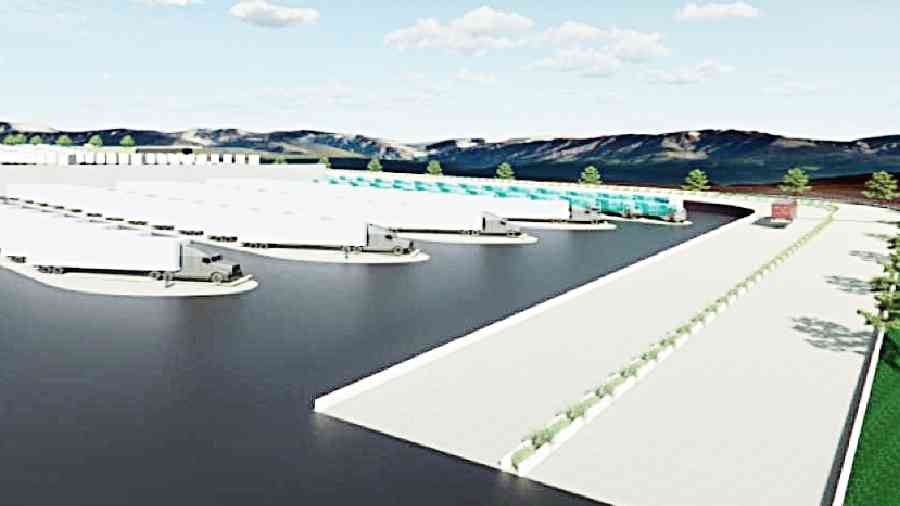 Work on the Jharkhand-Bihar first transport nagar (a parking lot for heavy vehicles and goods carriers) at Jharkhand capital Ranchi finally began on Tuesday after a wait of over a decade.

Hyderabad-based agency KMV Projects Limited started the construction on nearly 40.68 acres of land in front of the ITBP campus in Sukrahutu in Kanke block with an estimated project completion time of two years at a cost of Rs 113.24 crore.

“A total of 424 vehicles will be accommodated in transport nagar which includes 93 vehicles, 190 medium and 141 small vehicles. An integrated building at the transport nagar will have all the required facilities including nearly 16 offices for various institutions, a 180-bed dormitory will be arranged for drivers and assistant-drivers and other staff. There will also be a food court with a seating capacity of 150 people and nearly 17 retail shops will be built. There will also be a police checkpoint for security,” said Ashutosh Kumar, spokesperson of Jharkhand Urban Infrastructure Development Company Limited (an unit of the urban development department executing the project).

The spokesperson further said that provision would also be made for primary health centres, medicine shops and toilets/washrooms. This apart, two warehouses will also be constructed along with water treatment plant, sewerage treatment plant.

“There was some delay in starting the construction work due to encroachment on the proposed land and procedural delays. But finally all things have been sorted out and work has begun and the private agency has assured to complete the work in scheduled time. Once completed it would be the first such facility in Jharkhand-Bihar. This will largely decongest traffic in Ranchi due to heavy vehicles,” said the spokesperson.

Significantly, transport nagar project was mooted in 2011 when then chief secretary S.K. Choudhary directed the district administration to identify land for a parking lot for heavy trucks that come to Ranchi from different destinations, carrying essential goods, including food items.

In 2013, the then Ranchi deputy commissioner Vinay Kumar Choubey (at present secretary state urban development department) had identified the land near Sukurhutu and started the process of land acquisition.

However, protests from locals leading to delay in land acquisition and other procedural issues led to the delay and finally in September last year the state cabinet sanctioned Rs 113 crore for the project.

At present, the vehicles remain stationed alongside roads outside the city during no-entry hours from 8am to 10pm. They get into the city only after 10pm once the no-entry curfew is lifted or before 8am.