According to preliminary investigation, the couple used to have regular fights 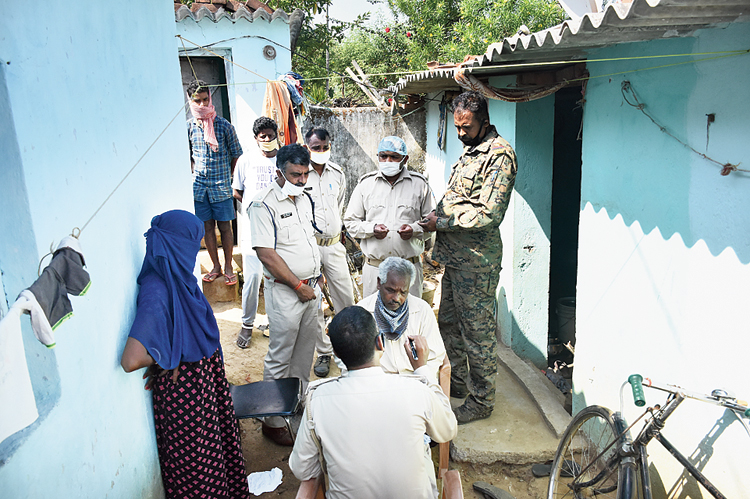 A 39-year-old woman killed her husband and four-year-old son at their house at New Colony under Jagannathpur police station on Sunday.

The incident, ironically, took place on Mother’s Day, an occasion to celebrate motherhood.

Sushma Gudia killed her labourer husband Lukas and son Amit with a chopper (bhojali) and fled the spot before the arrival of police.

The weapon used in the murder was seized by police and a forensic team was called to collect evidences.

An FIR has been lodged against the accused and raids are going on to arrest her.

The incident took place between 4.30am and 5am when local residents spotted a profusely bleeding Lukas crying for help outside his home.

The neighbours, who called an ambulance to rush him to hospital, found Amit also lying in a pool of blood inside the house.

While Amit had died on the spot, Lukas was declared dead on arrival at Rajendra Institute of Medical Sciences (RIMS).

Their bodies have been kept at RIMS for post-mortem and police are trying to contact the close relatives of the family.

“We are trying to get Sushma’s photograph, but all police stations have been alerted to inform us if they find any woman behaving suspiciously. According to preliminary investigation, the couple used to have regular fights. Their neighbours have also heard them quarrel several times. Sushma used to suspect that Lukas was having an extra-marital affair,” officer in-charge of Jagannathpur police station A.K. Singh said.

Singh said Sushma had once tried to jump into a well along with her son.