Advertisement
Home / Jharkhand / When the vote becomes an example

When the vote becomes an example

I put my physical state on the backburner for a while, voting is my right: An elderly voter 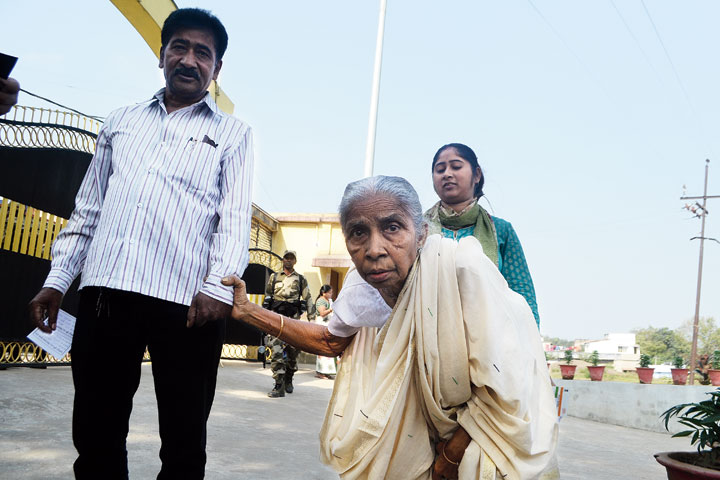 Basanti Mahto was barely able to walk while heading to cast her vote at Pragati Saraswati Shishu Vidya Mandir booth in Jamshedpur East constituency on Friday.

The 80-year-old, a resident of Birsanagar Zone No. 4, was also not able to stand properly. But her spirit overpowered all the problems her physique posed.

“I have never missed casting my vote. After all, voting is my right. I put my physical state on the backburner for a while,” Mahto said.

Her son Sushanto and granddaughter Mrinalini accompanied her to the booth. Police constables tried to help Mahto but she politely refused. “Aami theek aachhi (I am okay),” she told a constable who had come over to help her. Later, polling officials came out with a wheelchair to take Mahto inside the booth.

Mahto hurt her back in a road mishap around three months ago. “I have often slipped after feeling dizzy. It happens at old age. But I am pulling on,” she said. 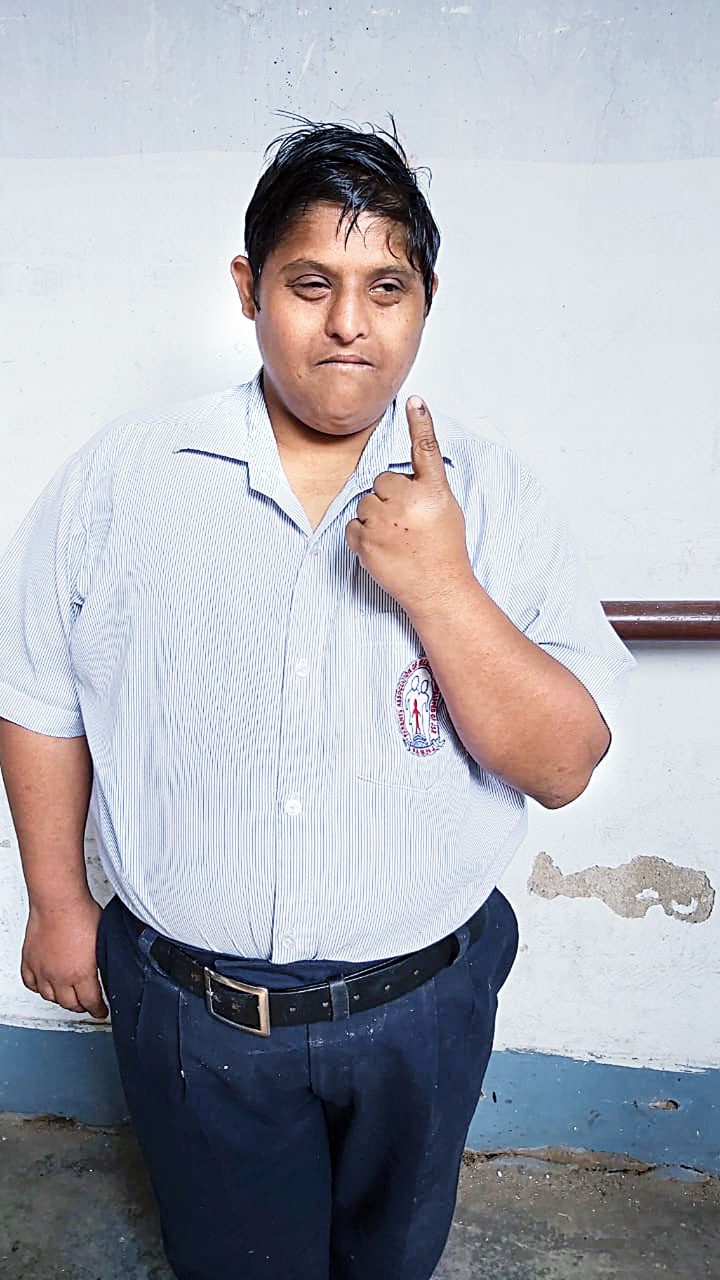 Sushanto, a businessman who deals in electronic goods, said he pleaded with his mother to skip voting “but she was in such a hurry that she did not even mind riding pillion on my scooter”. My mother sat between me and my daughter,” added Sushanto with a smile.

Asked why she still takes the pains to vote, Mahto said: “I feel pride. I will give my vote to a candidate who will take care of the people of his constituency.” 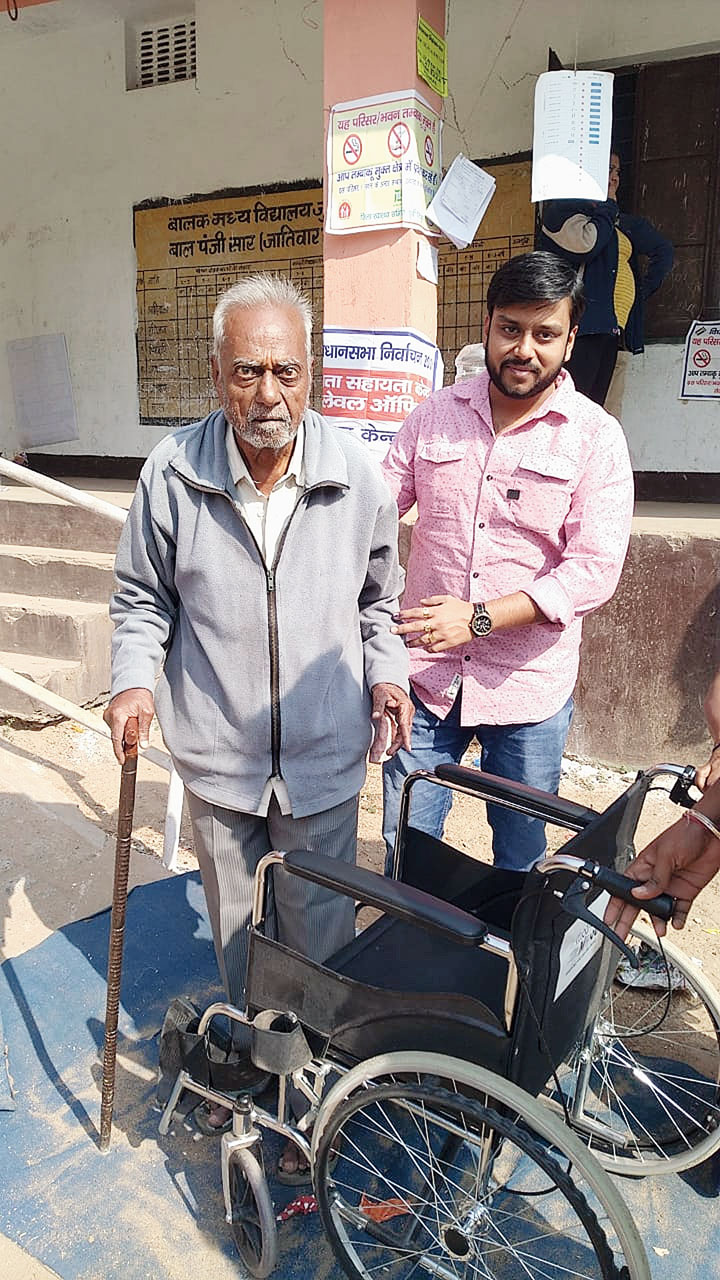 There were many like Mahto, who set examples of being upright citizens.

Gaya Sharaf, 82, cast his vote at booth number 158 in Jugsalai. “I have never missed to cast my vote in any election. Till the time I am able to come, I shall vote. It is my right,” said Sharaf. 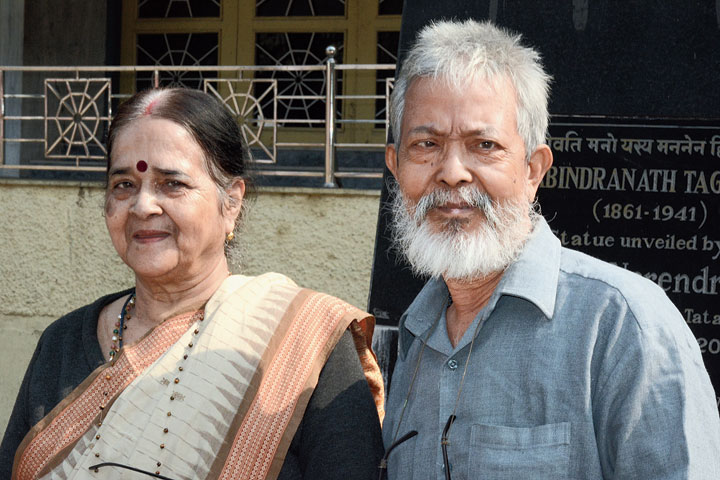 Artist L.I. Singh, 72, and wife L. Jayashree Devi Singh, 70, came to vote at Rabindra Bhavan with their daughters and grandson.

“Many booths did not have ramps or volunteers to assist the disabled as promised by the district administration. A ‘model booth’ like Vidya Bharati Chinmaya Vidyalaya in Telco too didn't have a ramp for the disabled,” said Deepak Srivastava, physically disabled voter and member of Jharkhand Viklang Sansthan.

Intellectually impaired voters too exercised their right. “I like voting through which I can elect my leader,” said Tinku Mandal, 35, who voted in Kadma.