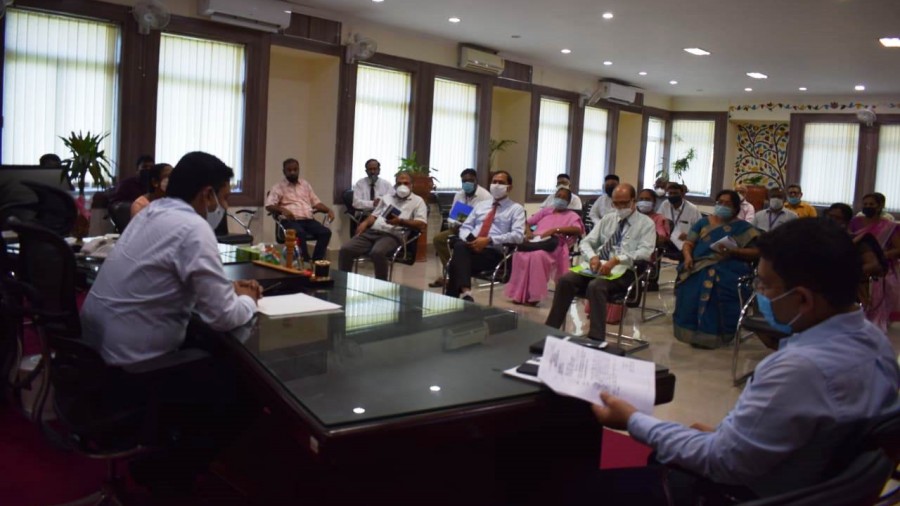 After complaints of private schools arbitrarily charging school fees during the pandemic, Bokaro deputy commissioner Rajesh Singh issued a directive to the institutions. He held a meeting on Friday with the principals of more than a dozen reputed schools during which he clearly stated that non-compliance with the directives issued by the Jharkhand government regarding fees collection will not be tolerated.

He warned the schools that the administration will freeze the bank accounts and cancel the no-objection certificates issued to schools found violating the government directives regarding fees collection.

He constituted a panel of senior officials led by Chas subdivisional officer Shashi Prakash Singh to submit a report on the fee structure of each school.

Residents and parent associations have been raising their voices to demand fee waivers and change of the payment mode to instalments. They want the unnecessary pressure created by schools over fees during the pandemic to be addressed.

The principals of the schools spoke about their difficulties to the deputy commissioner, including how even affluent parents were demanding fee waivers and their difficulty in paying teachers their salaries as many guardians were yet to deposit tuition fees.

Chas subdivisional officer Singh said that “all the schools have been asked to submit their fee structures of last year’s session and the present session in a transparent manner as the committee will examine it”.

The deputy commissioner added: “The administration will recommend the cancellation of the NOC issued by the state government and freeze bank accounts of those schools which will be found arbitrarily charging fees against the government directives. We will also take legal action against them.”

The parents now can submit their complaints or plea letters to the panel. The committee also comprises district education officer Neelam Eleen Toppo and the deputy development officer.

The administration has given a written order to all the schools asking them to follow the guidelines strictly. The schools were told by the administration that there will be no increase in school fees for the 2020-21 academic session. The tuition fees will be charged equally as it was taken before the start of this year's session.

Under no circumstances will the enrolment of any student be cancelled due to the non-payment of tuition fees. The facility of an online educational system will not be denied. It will be the responsibility of the school head to provide IDs and passwords and online learning materials to all the students enrolled in the school without any discrimination for online education.

Any type of annual fees, bus fees, etc. for the duration of school closure should not be charged from parents. It can be taken from the parents on a proportional basis after the commencement of classes. Under no circumstances will parents be charged late fees. There will be no deduction/withholding of salary of teachers and non-teaching staff working in the schools.

At the same time, additional financial pressure should not be created on parents by creating new charges by the school management.