Training in Japan under world grandmasters for Jamshedpur karate coach

I feel really excited about meeting and training under great names in karate: Nageshwar 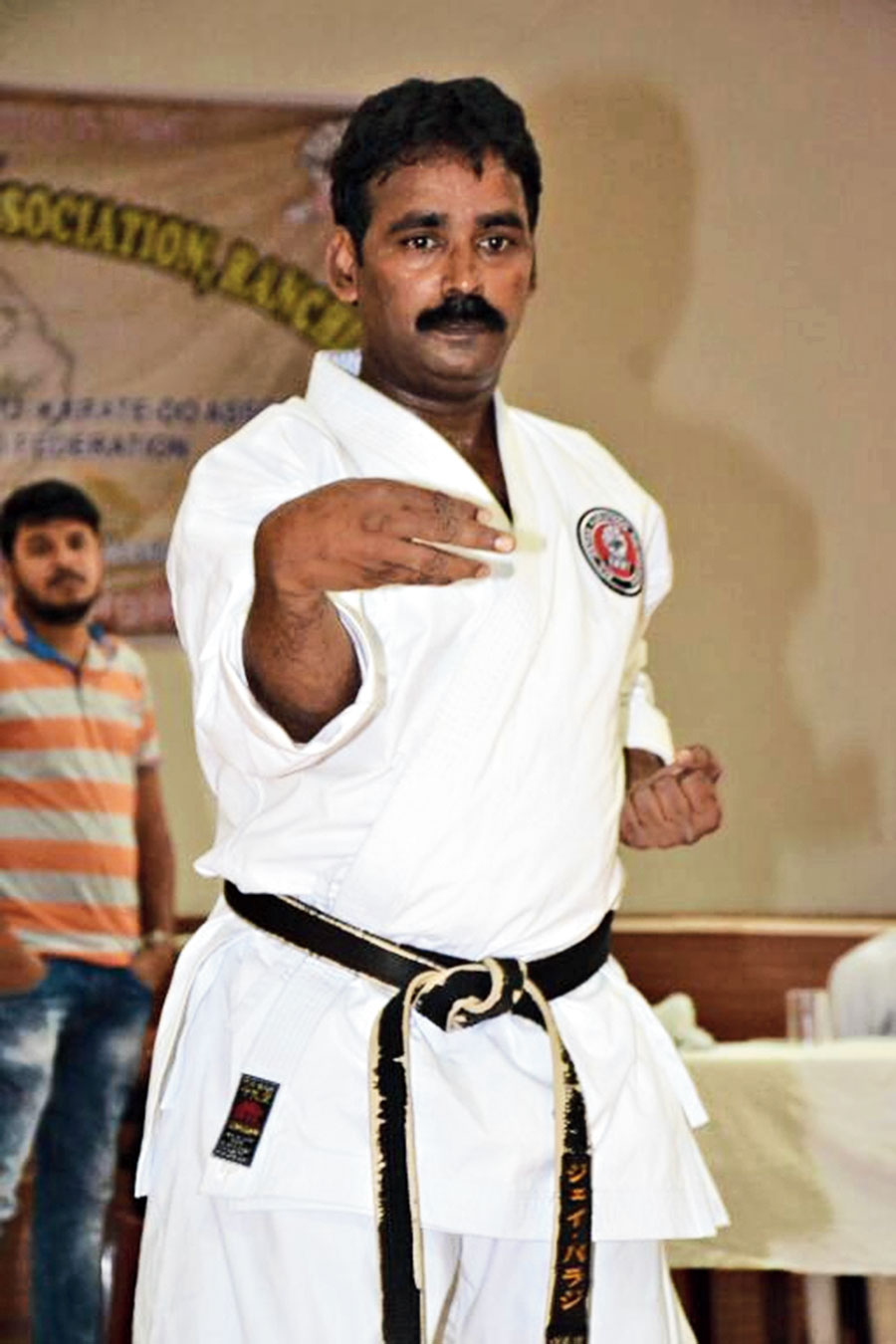 L. Nageshwar Rao of Jamshedpur is all set to turn around his karate career with advanced training under world grandmasters in Osaka, Japan, later this month.

A well-known 6th Dan, black belt and an established mentor, Rao will be off to the island nation on March 4.

The 49-year-old will be in Osaka for advanced karate training under grandmaster Hanshi K. Takasaki and Hanshi Kesuda, both 9th Dan, black belt, and Shihan Hayashi, 8th Dan and black belt.

“I am looking forward to the Japan trip. It will be a learning experience working under the greats. I think I will hugely benefit with advanced training techniques, which I will pass on to my wards in Jamshedpur,” Rao said.

The supremely fit Rao, an employee of Tata Steel sports wing, had been to Japan (Tokyo and Okinawa) in 2007 and 2012 for training under renowned Goju Ryu style grandmasters, appeared for an examination and passed successfully.

“I will be taking the exam during this trip too. I feel really excited about meeting and training under great names in karate. It’s a rare opportunity,” Rao said while thanking his employers Tata Steel for their support.

Rao, who is also the secretary of Jharkhand Goju Ryu Karate Do Association, had represented the Indian team as an assistant coach at the Asian Karate Championship in Hong Kong in 2010. “I think Jharkhand has karate potential, but the sport is suffering without encouragement. I have been a karateka for over three decades now,” he said.