Advertisement
Home / Jharkhand / Sweat and fret for 48 hours in Jharkhand

Sweat and fret for 48 hours in Jharkhand 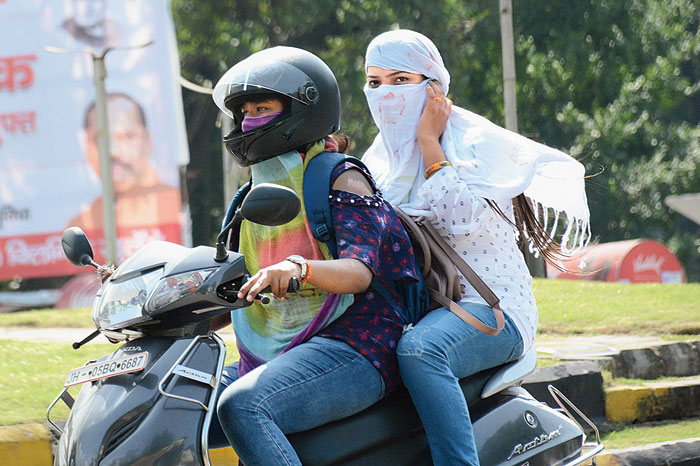 Summer gear is back at at Sakchi in Jamshedpur on Thursday
Picture by Bhola Prasad
Our Special Correspondent   |   Jamshedpur   |   Published 22.08.19, 07:52 PM

Sultry weather, which has upped the discomfort index, looks likely to continue for another 48 hours before Jharkhand can hope for some rain relief, weathermen said on Thursday.

The average discomfort index, measured on the basis of temperature, humidity and wind patterns, was as high as 64 degrees, 9 degrees above normal, in Jharkhand on Thursday.

S.D. Kotal, director of IMD’s Ranchi Meteorological Centre, said the weather would continue to be unpleasantly warm and humid for the next two days.

The rain earlier this week triggered by a low-pressure had left a lot of moisture in the air, resulting in the rise in humidity levels across the state, he said. Furthermore, there was little likelihood of rain in the next two days.

“The western-end of the monsoon trough at mean sea level has moved towards the foothills of the Himalayas and the eastern end is passing through Hardoi (Uttar Pradesh) and north-eastern Madhya Pradesh stretching till the east-central Bay of Bengal today (Thursday),” Kotal said.

Also, southwest monsoon has been weak over Jharkhand for the past couple of days, resulting in the dry spell.

In places such as Daltonganj, Bokaro and Dhanbad, the discomfort index ranged between 65 and 66 degrees, higher than normal.

The Met office director said no warning had been issued for Jharkhand till August 25, as they had found no significant changes in the weather condition.

The sky would be cloudy in most districts during the next 48 hours. At very few isolated places, light showers accompanied by thunder and lightning were likely.

Statistics revealed that so far Jharkhand had received a cumulative rainfall of 537.9mm against a normal of 745.3mm, a deficit of 28 per cent.