Steel city mom of 3 gears up for Trans Himalayan trip

Payo Murmu keeps herself fit while handling affairs of home 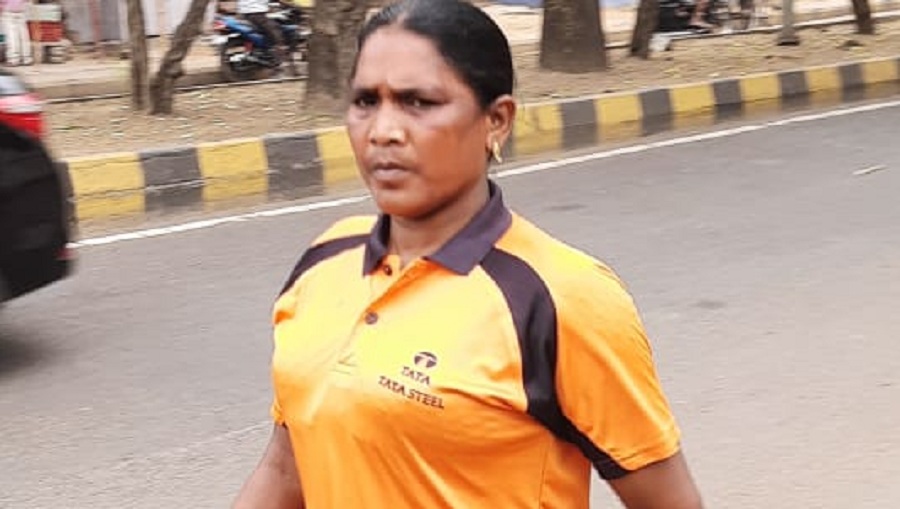 Payo Murmu is working hard to strike the right balance between her age and family commitments.

The 57-year-old mother of three grown up sons is keen to give a good account of herself when she joins the FIT@50+ Women’s Trans Himalayan Expedition ’21 being organised in collaboration with the ministry of youth affairs and sports under the FIT India banner.

The expedition, which is also being supported by Tata Motors and Tata Sports Club as drive and fitness partners respectively,is expected to begin in the first week of May and will conclude in the second week of October this year.

For Payo, a former employee of Tata Steel’s loco traffic wing and a resident of New Baridih locality of the city, gearing up for the challenge is the need of the hour, and she understands it. Her early morning routine consists of jogging, brisk walking and light exercises. She wakes up at 4 am and covers 7 km on the Baridih-Tinplate Chowk stretch before returning home to take care of daily homely chores.

"I am very excited to be part of the expedition. It's a challenging journey and I need to keep myself fit and motivated. I also do yoga and meditation," Payo told The Telegraph Online.

A hard working tribal, Payo lives with her husband Sawna and sons Chandra, Ram and Lakshman. Sawna runs a motor garage near his house.

"I'll be again going to the mountains after a gap of almost five years. I had left climbing after failing to annex Mount Everest in 2017. I was very disappointed and never thought of being part of any expedition. It's an opportunity for me and I don't want to miss it. Though climbing Everest is a different proposition but I would like to make amends this time and complete the journey," she added.

Payo and Tata Steel Adventure Foundation's Hemant Gupta could not make it to the 29,029 ft Everest Peak as the 2015 earthquake in Nepal stopped them from making further progress. She again failed to conquer the peak in 2017 due to fatigue and a stomach bug. Hemant, however, made it to the summit.

The FIT@50+ Women’s Trans Himalayan Expedition will be led by Bachendri Pal, the first Indian woman to climb Mount Everest in 1984. The team members, selected from across India, comprises of retired professionals and homemakers. The 10-member team also boasts of three women Everest summiteers. The 5-month long expedition involves traversing the Himalayas from Arunachal to Karakoram range (East to West), covering around 4,500 kms and dissecting about 40 mountain passes.