Private hospitals across Bokaro to reserve beds for Covid patients 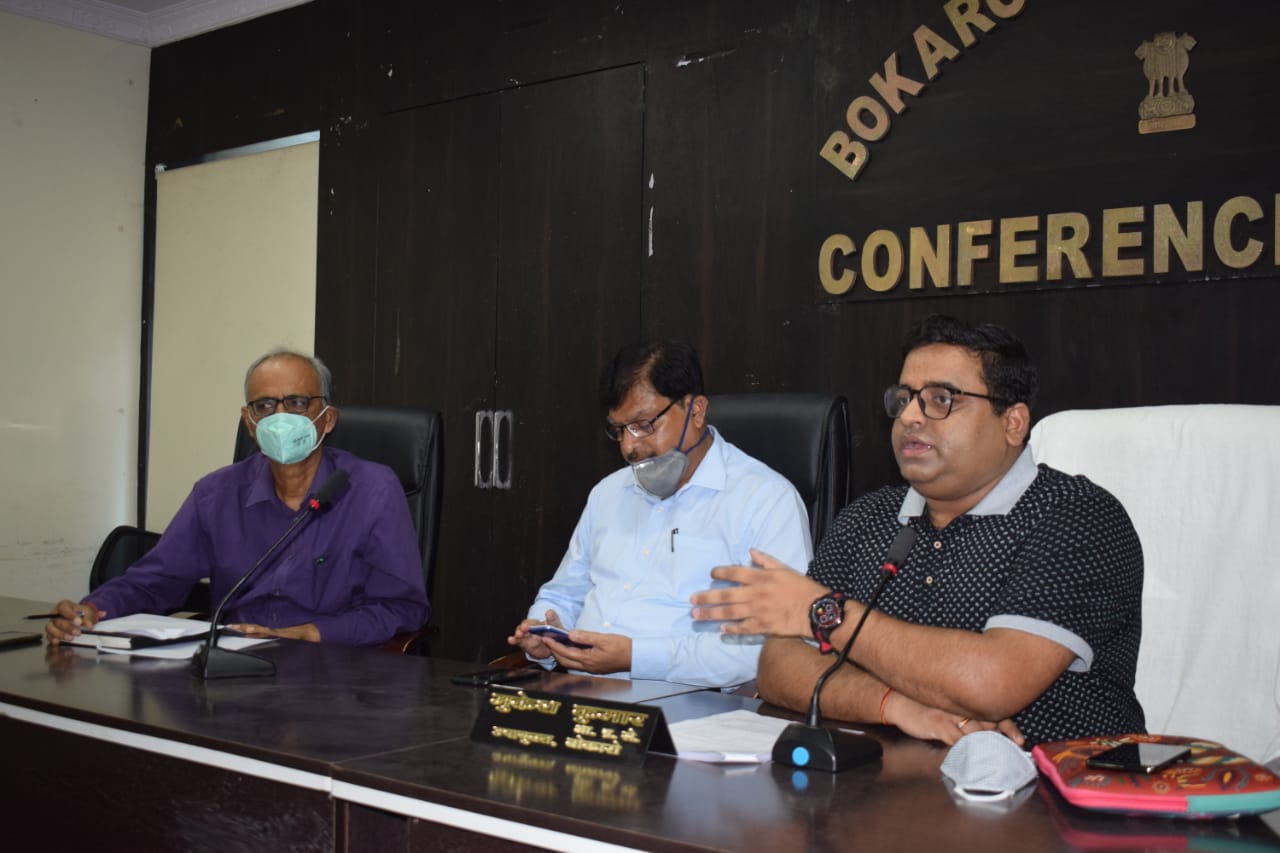 Bokaro DC Mukesh Kumar held a meeting with the owners of all the private hospitals in the Collectorate building
Telegraph picture
Our Bureau   |   Published 18.06.20, 10:40 PM

Bokaro deputy commissioner, Mukesh Kumar on Thursday instructed all private hospitals across the district having more than 50 beds, to reserve at least 10 beds for Covid-19, and those having less than the stated number to reserve 5 beds for the situation.

The DC held a meeting with the owners of all the private hospitals in the Collectorate building.

He also said private hospitals should ensure that workers are provided adequate PPE and wear masks and gloves regularly for their safety.

Private hospitals have been instructed to provide best possible treatment to patients and should not refer them to other centres.

They have also been directed not to ask for Covid-19 test certificates from the patient before admission.

Thermal screening and sanitization of all the people coming to the hospital should be ensured.

The district administration has also asked the hospitals to provide data of all patients showing symptoms of coronavirus coming to their institution.

There are more than two dozen nursing homes and private hospitals in the district.

An CPI(M) extremist was killed in a short gun battle with a joint team of police and CRPF in the forests of Satgawan in Koderma district on Thursday afternoon.

The police team reached the area after getting information about the Maoist's squad led by sub-zonal commander Praduman Sharma of Magadh who had placed a Rs.25 lakh bounty on the man’s life.

An AK-47 rifle, a country made rifle and a wireless set were found from the spot.

The police are trying to ascertain the identity of extremist. A massive search operation ensues.

Employment Day was organized in all the blocks of Ranchi district on Thursday, where senior officials visited respective blocks to inspect the progress of the ongoing schemes under MNREGA.

NEP director Shripati Giri visited Bedo Block on Employment Day to review the ongoing work under the MGNREGA scheme in the Chachakpi and Puri panchayats where the construction of a sports ground was launched to provide employment to migrants.

The Jharkhand government is also running horticulture and the Neelambar-Pitambar Water Prosperity Scheme.

Applications related to job cards and labour were also received.

Various types of activities were organized across various panchayats.

Working labourers were found to be following all social distancing rules.

The first incident occurred at Taad Balidih area where Junaid Ansari (17) hanged himself from a fan in his room.

His family members said that Ansari had his dinner at night and went to his room, and was found hanging in the morning.

In another incident police found the body of Prasant Murmu (24) hanging from a tree in a jungle situated close to Holy Cross School.

Murmu was living with his father’s sister and railway employee Sumitra Murmu in Railway Colony.

Murmu was missing from his house since Wednesday.

“His body was found hanging in decomposed state the next day,” said Kumar

During investigation police found that Murmu, before leaving the house, had deleted everything from his cellphone.

A program on behaviour-based security was organized at the Human Resource Development Centre of Bokaro Steel Plant (BSL).

General manager-in-charge A Rautela said that behaviour-based security is a process that focuses on the daily safety behaviour of employees.

He appealed to the employees to develop a safe work culture by changing their daily safety practices.

No positive casein Bokaro since June 10

As many as 90 out of a total of 216 samples sent for Covid-19 tests to PMCH, Dhanbad from Bokaro on Thursday, tested negative.

Since June 10, there has been no positive case of in Bokaro district.

The district administration appeals to the residents to wear masks, follow social distance, and wash their hands with soap at regular intervals.