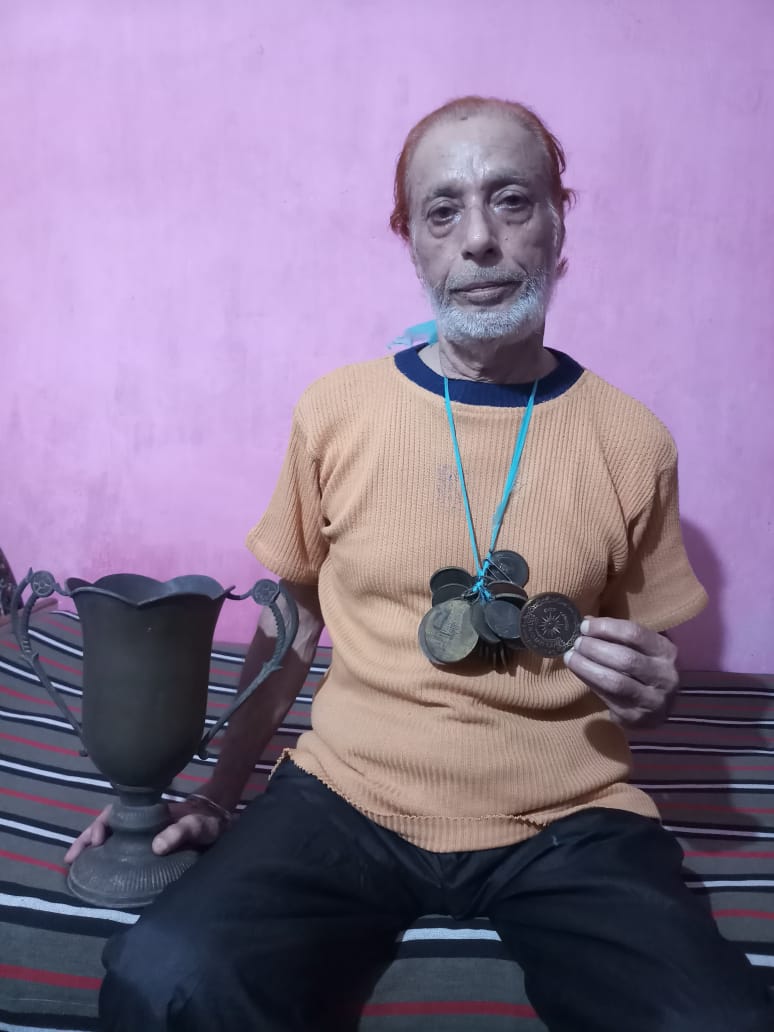 Much-needed financial aid continues to pour in for former Asian Games cyclist Swaran Singh who has been forced to work as a security guard to make ends meet.

Fourteen former sportspersons, mostly cyclists, pooled in Rs 37,000 and handed it over to 70-year-old Singh.

Well-wishers from Vijaya Homes, Baridih (where Singh works as a security guard) also chipped in with Rs 14,500.

A total sum of Rs 51,500 was handed over to the former cyclist at a simple function held at the office of former international cyclist and vice-president of Takht Patna Sahib, Inderjeet Singh, in Telco late on Wednesday evening.

Some former cyclists from Jamshedpur, who are now settled in Punjab, have also sent in Rs 25,000 to Singh’s bank account.

“I am moved by the gesture shown by my former colleagues. I badly needed money and it has come at the right time. I also thank Vijay Homes and former cyclists from Punjab. Most of the money I have received will be spent for the treatment of my elder daughter who is suffering from bone tuberculosis,” said Singh, who stays in a rented room in Baridih slum.

He also profusely thanked The Telegraph Online for highlighting his plight.

“The former cyclists came under one umbrella to pool in money. We will continue to support Singh in future,” he added.

According to him, the Cycling Federation of India has so far not responded to a request by Singh for financial assistance.

“A letter to chief minister Hemant Soren will be despatched tomorrow. An appointment will be sought from the chief minister’s office before we proceed to Ranchi to meet him,” Sahota, a former international cyclist, added.