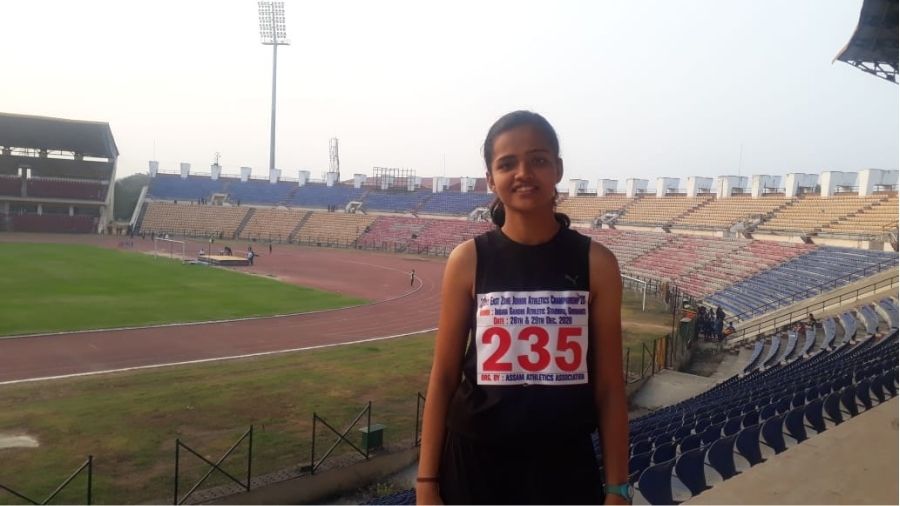 The teen athlete, a trainee at Tata Steel Athletics Training Centre, represented Jharkhand at the championship in Guwahati and claimed gold in the 100 m sprint. She followed it up with a silver in the 200 m in the girls’ under-18 age group. Lucky clocked  12.82 seconds in the 100 m race and 26.90 in 200 m.

A resident of Adityapur in Seraikela-Kharsawan district, Lucky joined the Tata Steel Athletics Training Centre towards the end of 2017. She soon went on to impress everyone with her running skills, clinching to the first position in the state championship held in Ranchi in 2019. She also won bronze in the same discipline at the East Zone event, also conducted in Ranchi in 2019.

“I have always had the dream to become a sprinter. I have improved a lot ever since I joined the Tata cradle. I am happy with my performance in Guwahati but want to win more medals for my state. I am working hard and also trying to build my stamina and endurance,” the teenager said.

Tata Steel Athletics Training Centre coach Sanjeev Kumar, who accompanied Lucky to Guwahati, said his ward has the potential to make a mark in the discipline. “She (Lucky) is a medal prospect at the Asia level,” he remarked.

According to him, diet and endurance were important components for athletes and he was trying to put this in Lucky’s mind. “My ward is very attentive but needs to build her endurance and core strength,” Kumar added.

The mentor said he had plans to introduce Lucky to heptathlon as the competition among girls in India is not very strong.

“Lucky will have a good chance to score points if she competes in multiple events. But I will switch her to heptathlon once she turns 18,” he said.

Run by Tata Steel sports wing, the cradle operates from JRD Tata Sports Complex. Trainees from the city's surrounding areas hone their skills under experienced hands. Bagicha Singh, an Arjuna awardee, was the chief coach of the cradle before his retirement from Tata Steel in June this year.