Trial run with 18 cycles gets overwhelming response, citizens to get 600 cycles to use as public transport 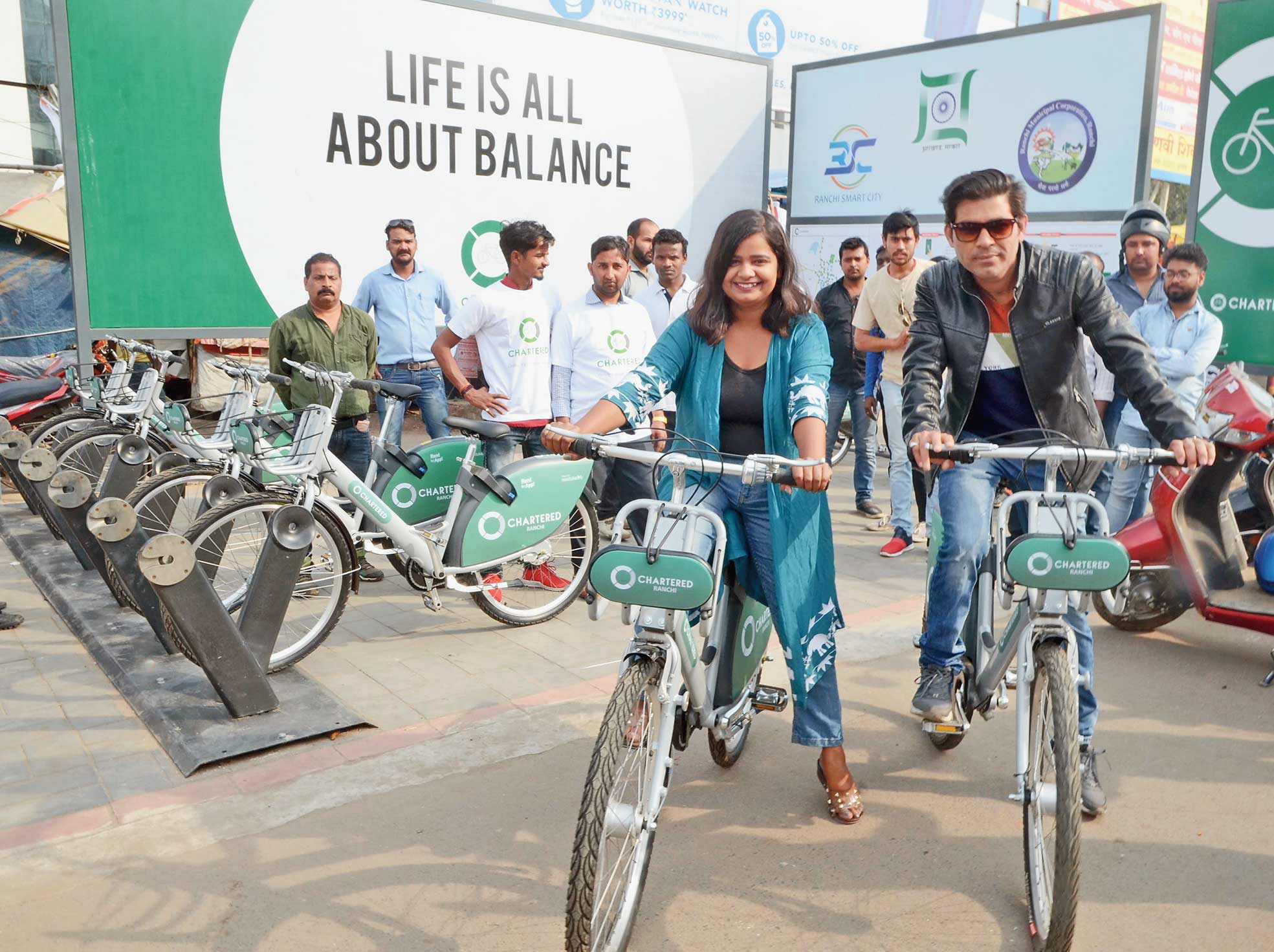 The capital’s app-based public bicycle sharing scheme, aimed at promoting eco-friendly travel option as part of the smart city project, is set to roll out next month.

Ahmedabad-based private agency Chartered Bikes, which will operate the scheme for six years, began a trial run with 18 cycles near Albert Ekka Chowk on Saturday and drew a good response.

“The trial run began at 2.30pm and continued till 5.30pm during which more than 350 persons showed interest and sought details about the charges. More than 30 persons took rides on the first day,” an official of Chartered Bikes said.

Officials of the agency confirmed they would be rolling out the service from the first week of March. “Logistic issues delayed the project. Everything is complete and we will roll out the first phase of the project on designated routes following approval by Ranchi Smart City Corporation Ltd. We hope to start the second phase later this year,” the official said.

The cabinet had okayed the project in August 2017, the plan being to roll out 1,200 cycles from 120 docking stations in two phases from November last year. However, the plan could not take off owing to a delay in the assembling of spare parts and installation of software control room.

The app-based service will only have a control room. Cycles can be booked through charteredbike app, available on Android and iOS platforms, by paying a subscription fee — Rs 30 a day, Rs 200 a month and Rs 1,000 a year — and nominal user charges. The first 30 minutes is free. There will be a few counters for those who do not have access to smartphones and will need to purchase tickets.

According to data available with the Institute for Transportation and Development Policy, a non-profit working on transport issues, half of Ranchi’s 14-lakh population depends on non-motorised forms of transport daily and will benefit a lot from this scheme.

“After much delay, we are now ready to roll out the first phase of the project in March after the mandatory trial runs by the private agency,” Rakesh Kumar Nand Keolyar, Ranchi Smart City Corporation’s general manager (technical), said.