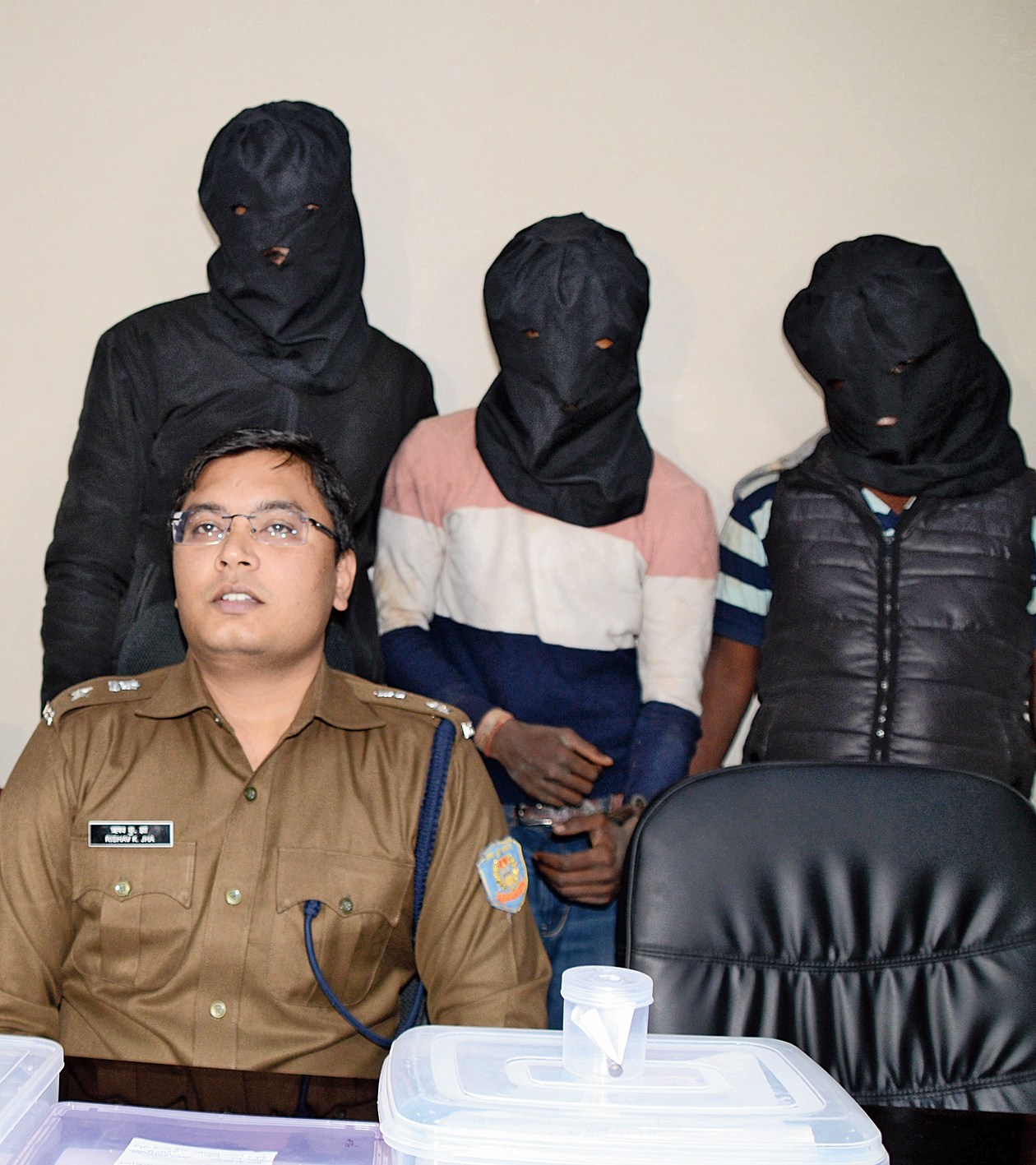 Police on Wednesday claimed to have cracked four cases, including the murder of a land dealer on Monday, with the arrest of three young men.

The SP also displayed the three firearms with five rounds of ammunition which the police had recovered from the trio’s possession.

made the claim during a press conference at his office

SP Jha explained why the land dealer Imtiyaz Ansari, 35, a resident of Edjero, was murdered at Bijulia Mor under Ratu police station area on Monday evening.

“They murdered Imtiyaz on the behest of one Punai Oraon after some dispute over distribution of Rs 20 lakh he (Imtiyaz) had earned after selling a 19-acre plot at Nayasarai. Primary investigation suggests that Oraon is linked with the PLFI, an extremist organisation. However, it is too early to give a conclusive statement in the matter,” Jha said.

Imtiyaz was shot dead by five criminals when he was on his way home.