Rain forecast next week, nights to get warmer 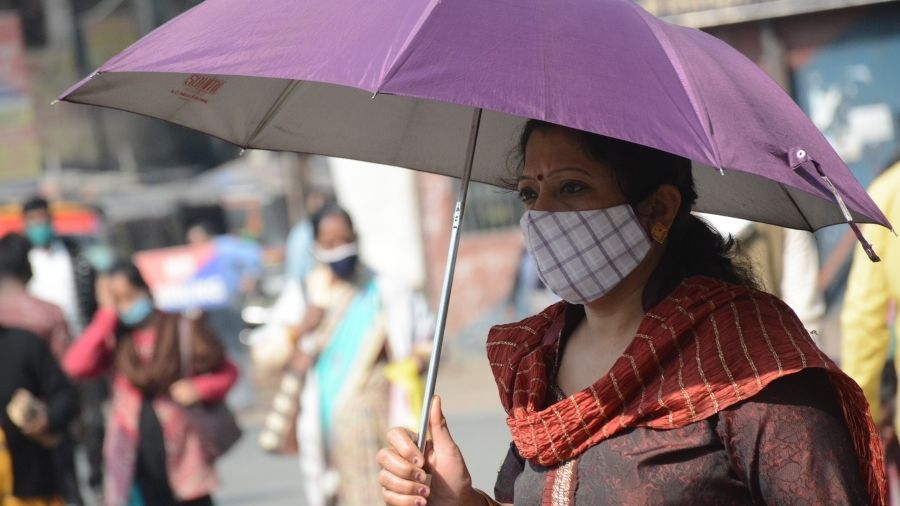 A woman uses an umbrella to shield herself from the sun at Bistupur in Jamshedpur on Wednesday.
Picture by Bhola Prasad
Pinaki Majumdar   |   Jamshdepur   |   Published 10.02.21, 05:13 PM

Weathermen pointed to a western disturbance over Pakistan and Jammu and Kashmir extending 3.1km and 5.8km above the mean sea level as the primary reason. "The western disturbance is expected to trigger a cyclonic circulation which would result in rainfall over various parts of Jharkhand around January 16 and 17, " said a duty officer at the Ranchi Meteorological Centre.

The Met department's statistics of the past 24 hours suggested that cold wave conditions still prevailed in southern Jharkhand, particularly in Kolhan region.

On Wednesday, Chaibasa, the district headquarters of West Singhbhum, recorded a minimum temperature of 9.6 degree Celsius, around six notches below normal.

Sub-10 chill prevailed in several places, including Daltonganj, Kanke on the outskirts of Ranchi, Khunti and Ramgarh. As per Met data, all these places recorded minimum temperatures of around 9 degree Celsius.

But minimum temperatures in Pakur, Sahebganj and several other districts in Santhal Pargana region witnessed a rising trend.