'I do not feel safe in this entire country,' says Jamia law student 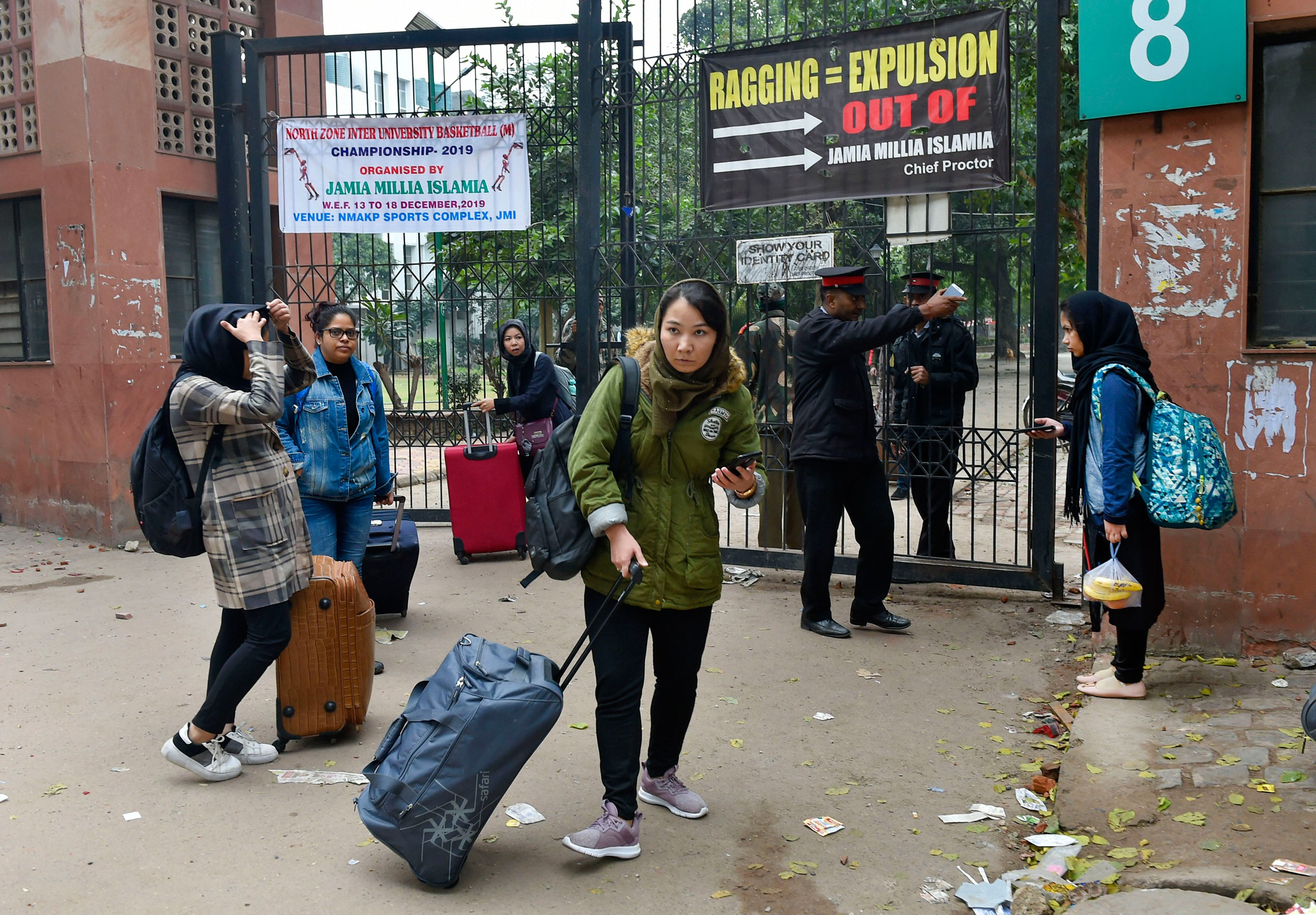 No one had told the nation like it is as Anugya Jha has.

“I was to sit for an exam on the Constitution today. There is nothing left of it now,” the BA LLB student of Jamia Millia Islamia university in Delhi said in front of television cameras on Monday, tears streaming down her face.

“What Constitution will I study? Kuch chhoda hai (Has anything been left of it)? I wish you could see what they (police) did to us in the name of stopping protests. They entered the girls’ hostel, boys’ hostel. Kids are running for their lives, is anyone bothered? Is this democracy?” the 19-year-old student from Ranchi asked.

Anugya ran into the cameras on Monday when students were allowed to enter their hostels to take their belongings.

When a TV reporter asked her opinion on the protest, she said: “What wrong did the students do? They were only protesting, na? Our parents spend so much on our education… is it only to man machines? Education is also for standing by someone wronged. I am not a Muslim, uncle, yet I am on the frontline from Day One. Why? Because this is what they are doing to my friends.”

Another reporter asked her if she felt safe in the hostel. She said: “I do not feel safe in this entire country. I do not know where I will get lynched... by the police itself. I do not know anything anymore. I do not know tomorrow if my friends would be Indians.”

Fearing an online backlash, Anugya does not want to log into her social media. But she is not leaving Delhi — because her friends would need her now, she told The Telegraph later.

The law department of Jamia Millia Islamia had planned a peaceful, silent protest holding copies of The Preamble and slogans on the Constitution, Anugya said. “We planned a peace march and joined the larger university group because the cause was the same,” she said over phone from Delhi. “When we reached (Sarai) Jullena we saw many non students had also joined the protest march. Since it was an open area, we didn’t resist. The police maybe were furious because we took out the march without permission. All of a sudden people started running helter-skelter. Since I and my friends were in the middle of the crowd we managed to hide inside a nearby community centre.

“Police fired teargas shells and lathicharged everyone in sight. We got out of the community centre around 7:30pm. We were asked not to enter the campus yesterday (Sunday),” she added.

Anugya, who went to Delhi last year to pursue her law degree, spent the night away from the campus as directed by seniors.

The girls’ hostel looked like a graveyard on Monday, she said.

“We heard that the condition of the boys’ hostel was even worse. The government has clearly failed us,” she added.

“My parents got me educated so that I can speak my heart out and decide what’s right and what is wrong. I cannot be thankful enough to them for supporting me throughout. After they saw me on TV, they’re terrified that I will be targeted,” Anugya said. “But I think every parent of students of Jamia are equally terrified for their children and my parents are in solidarity with every parent.”