Probe into trauma of disabled undertrial

Jharkhand group claims victim denied use of crutches in jail 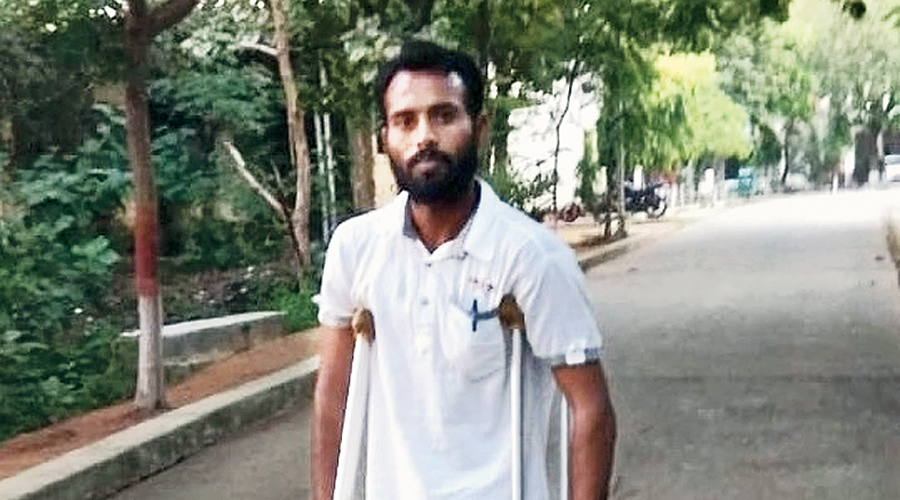 The state disability commissioner on Wednesday asked the Jharkhand inspector-general of prisons to investigate and submit a report on the alleged mental trauma undergone by a physically challenged undertrial at the district jail in Garhwa.

“A social organisation, Jharkhand Viklang Manch, had informed me about the mental trauma suffered by an undertrial in Garhwa district jail in April after the jail authorities allegedly took away the crutches of the victim in the jail.

“It is a blatant violation of provisions mandated in the Rights of Persons with Disabilities Act, 2016, ensuring barrier-free accessibility in government buildings. I have asked the inspector-general of prisons to conduct a probe into the allegation and inform me after undertaking suitable action,” said disability commissioner Satish Chandra.

Arun Kumar, president of the Manch, an organisation working for persons with disabilities in the state, had written to Chandra on September 14 informing about the alleged mental trauma suffered by the undertrial.

“I came to know from local media reports about orthopedically challenged Koril Kumar, a resident of Palamau, who was lodged in Garhwa jail on April 11 for allegedly circulating communally sensitive messages on social media, was facing mental harassment as his crutches were taken away by the jail authorities,” said the Manch president.

“We recently got in touch with Koril, who was released on May 1, and were informed that he is 60 per cent disabled in both legs and had faced severe hardship in doing his daily chores inside the jail for want of crutches. We decided to take up the case and wrote a letter to the chief minister (Hemant Soren) with a copy to the disability commissioner and state director-general of police (M.V. Rao),” the Manch president added.

“We have received the letter from the state disability commissioner and have already asked Garhwa deputy commissioner (Rajesh Kumar Pathak) to submit a report after a thorough probe into the incident as it is a violation of the provisions mandated for disabled,” said Bhusan.

The disability commissioner admitted that they do not possess any statistics on the facilities available for disabled in the the state’s prisons.

“At the moment we do not possess data about the facilities provided in different prisons for the disabled undertrials and prisoners. I would soon be writing to the inspector-general of prisons to compile a data about the number of disabled undertrials and prisoners in different jails and the facilities existing in prisons for them,” said Chandra.