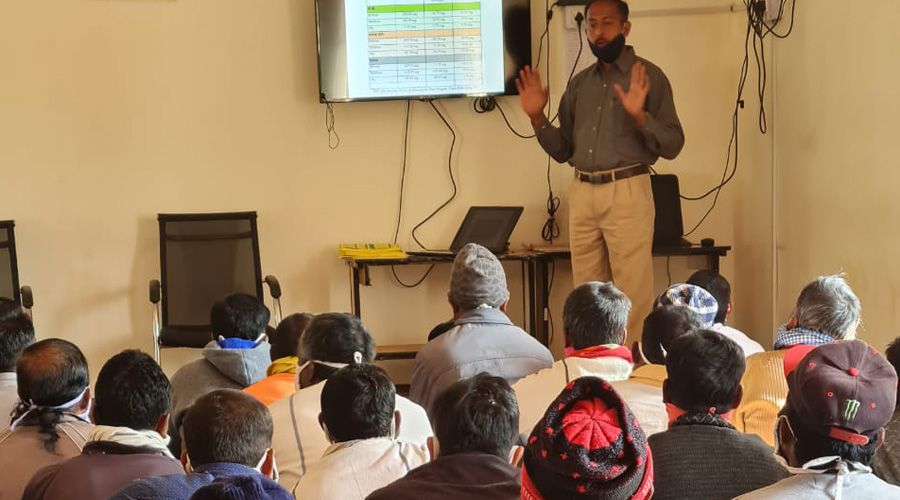 Organic vegetables grown by prisoners at Birsa Munda Central Jail may soon be available in Ranchi markets if an initiative taken by the jail authorities in collaboration with Birsa Agriculture University (BAU) yield desired results, officials of the largest prison in Jharkhand said on Monday.

A group of 50 prisoners, all serving life imprisonment in the Ranchi jail, have started undergoing classes on organic farming conducted by experts from BAU. The first such class was held on Monday, and in the next 10 days, prisoners will start planting seeds in around 4-acre land demarcated for organic farming within the jail premises, jail superintendent Hamid Akhter said.

“An expert from BAU gave his first lecture to a group of 50 prisoners on organic farming. Once the initial training is done, the prisoners will start sowing seeds on fertile land within the jail premises,” said Akhter.

Jail authorities also plan to seek a certificate from Indian Council of Agriculture Research (ICAR) confirming that the farming done at the Birsa Munda Central Jail was 100 per cent organic. “Once we get a certificate from the ICAR, we will be able to sell the vegetables grown here as organic vegetables in the market at a higher price,” Akhter said.

For the special classes, the jail authorities have selected prisoners who were serving life terms to ensure that they can eke out a living through organic farming once they are released after serving 14 years of imprisonment, officials said.

“It is difficult for prisoners to cope with the challenges of the outer world once they are set free after several years of imprisonment. We are hoping that prisoners who learn organic farming in jail will be able to earn money through farming once they are free,” said the jail superintendent.

According to jail authorities, there are over 3,600 prisoners in the Birsa Munda Central Jail, and around 1,200 of them are convicts. The authorities are planning to focus on training the 1,200 convicts in the first phase of the initiative as they would be spending more time in the jail and will also be in need of a skill set for running livelihood once they are free.

The chief executive officer of BAU’s business planning and development society, Siddharth Jaiswal, took the first class of prisoners on Monday at the jail.

“We had asked the jail authorities to prepare a list of farmers who would be trained in organic farming. Minimum infrastructure is needed for organic farming and we are hopeful that with our assistance the jail inmates will do well,” said Jaiswal.