Pressure cooker whistle out from skull

Oculoplastic surgeon Ashish Joy Soren, who did the operation, explained how complicated and serious it was 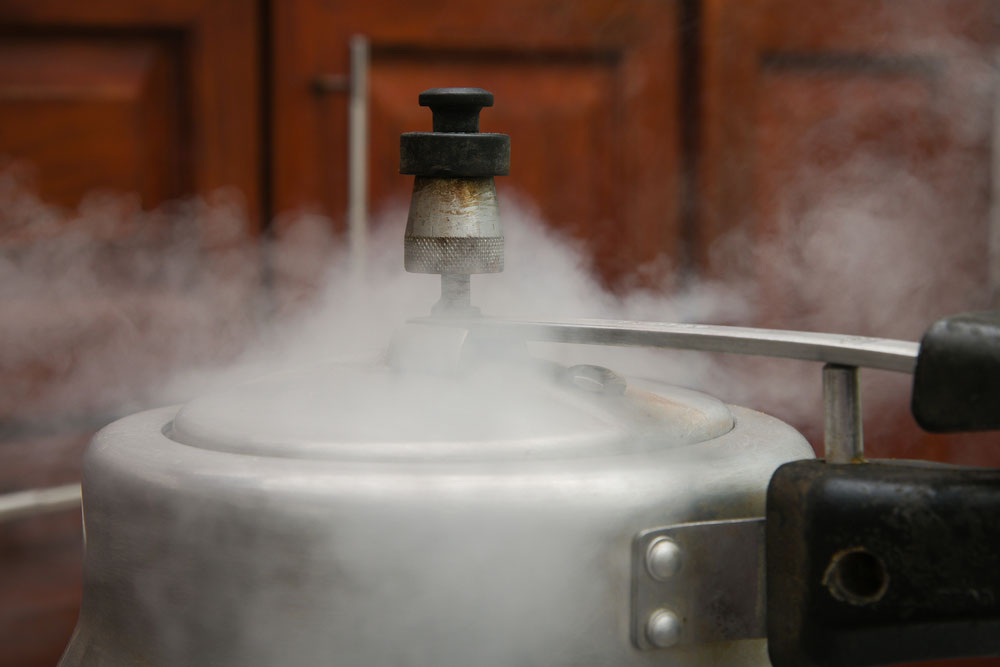 Sharing the details with The Telegraph, Dr Anindya Anuradha, head of the ophthalmology department of the hospital, said women using pressure cookers at home should be attentive while cooking to prevent accidents like this.
(Shutterstock)
Raj Kumar   |   Ranchi   |   Published 07.09.19, 07:20 PM

The whistle of a pressure cooker lodged between the eyes and the brain of a 57-year-old woman following a freak accident was successfully removed by the doctors in an intricate one-and-a-half-hour surgery at a private hospital here on Friday morning.

The patient from Murhu block of Khunti district, who did not wish to be identified, was released from Bhagwan Mahavir Medica Super Specialty Hospital at Booty Mor on Saturday morning.

Sharing the details with The Telegraph, Dr Anindya Anuradha, head of the ophthalmology department of the hospital, said women using pressure cookers at home should be attentive while cooking to prevent accidents like this.

“The woman was cooking dal in the pressure cooker. After putting the cooker on the gas stove, she got busy cutting hay with the help of a hay cutter. Meanwhile, the sounds of the pressure cooker whistles got drowned by the noisy hay cutter machine. After around an hour, the woman remembered about the cooker. While she was taking it off the gas stove, the steam inside the cooker ejected the whistle with full force, It pierced the woman’s skin and got stuck deep inside the bones that separate the eyes from the brain,” Anuradha said.

The doctor said the woman was rushed to a local hospital, which referred her to RIMS or any super-specialty hospital.

“The woman, who had bled profusely and was unconscious, was admitted to our hospital on Thursday evening and we performed the operation on Friday. We could save her life, but not her left eye,” Anuradha said.

She said the size of the whistle was bigger than a bullet.“It must be 70mm in length and 20mm in diameter and was stuck in such a way that it was not visible from outside. A CT scan showed a heavy object lodged between her eyes and brain. That it was a whistle of the pressure cooker, became clear after we took it out during the operation,” she added.

Oculoplastic surgeon Ashish Joy Soren, who did the operation, explained how complicated and serious it was.

“We administered intravenous antibiotics and painkillers to the patient. The whistle was lodged among the tissues and had damaged some of them. We had to carefully release the adhesions to prevent bleeding. Taking out the whistle required a lot of manoeuvring as a wrong move could permanently damage the surrounding tissues. Luckily, the surgery was successful,” Soren said.