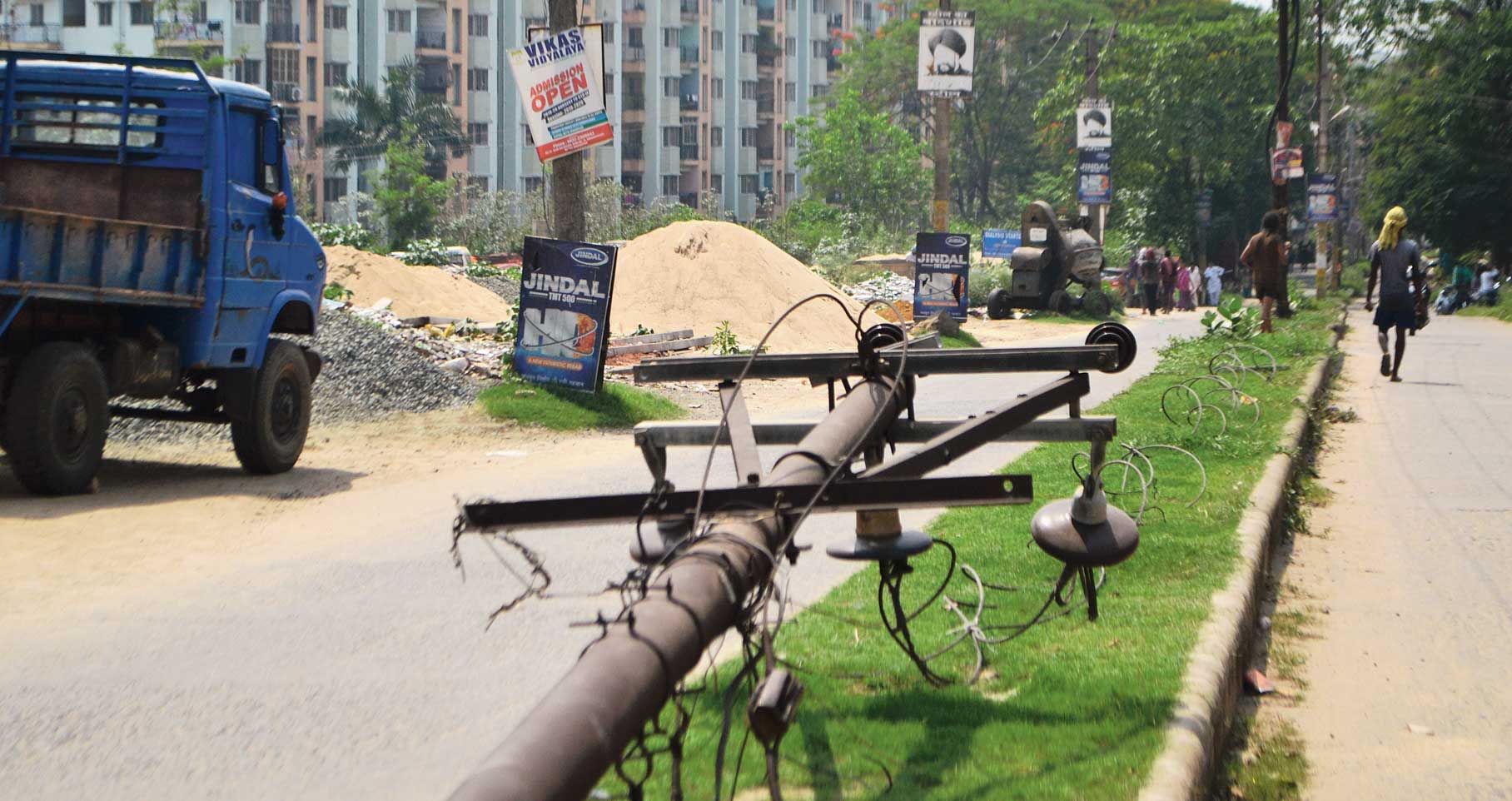 In Mango, an electric pole with cables attached is lying on the road median for a week, while a dilapidated pole with 11,000kv line behind the Jamshedpur block office at Karandih is on the verge of toppling down any day.

A storm that had swept over the city a week ago had uprooted the pole. A new pole was erected and power supply restored within a day, but the broke pole was not removed.

Executive engineer of Mango division Vishal Kumar, who stays at Aastha Space Town, passes through that stretch every day.

Local residents are living under the fear of a grievous mishap in case another storm leads to the snapping of an overhead live wire that comes in contact with the broken pole.

“JBVNL should have at least detached the cables, if it finds it too arduous a task to remove the broken pole. If any live wire is snapped during a storm, which is pretty common during the summer season, it may turn fatal,” said Ram Ratan Sahu, a resident of SMP Colony.

Residents of Karandih are equally worried about a dilapidated pole behind Jamshedpur block office toppling.

“The pole is almost broken. The high-tension power lines going towards Railway Colony and Harharguttu are helping the pole somehow stand straight. JBVNL has not changed the pole despite repeated requests during the last one year,” said Ramnath Singh, a resident of Karandih.

Mango division and Jamshedpur division falls under the JBVNL’s Jamshedpur circle. Quess Corporation, a private agency outsourced by the JBVNL, is in charge of maintaining the poles, cables and transformers.

Superintending engineer of JBVNL’s Jamshedpur division, Sudhanshu Kumar, said he would ensure that the poles were in safe condition in his area.

“Quess Corporation must have been negligent. I will ensure that the residents do not get the chance to complain anymore,” he said.

Meanwhile IL&FS, which left the state power board’s electrification work in Jamshedpur circle incomplete, has left behind innumerable pits that are posing accident risk. IL&FS was supposed to install pole in those pits.