Poll battle over, a relaxed day with cows & newspapers 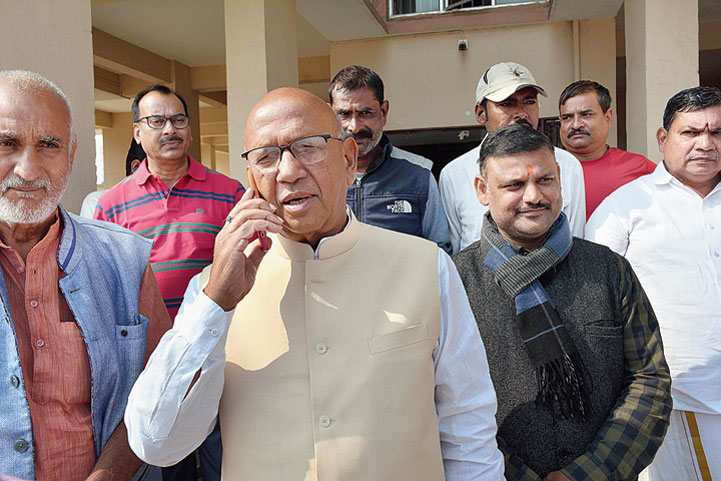 After hectic campaigning, it was time for poll candidates — except CM Raghubar Das, who had to campaign for other party colleagues — to rest their tired limbs and do things they liked the most on Sunday.

Mahagatbandhan nominee from Jamshedpur West Banna Gupta milked cow and watered plants at his residence in Kadma while Independent candidate from Jamshedpur East Saryu Roy buried himself in newspapers at his temporary home at Vijaya Gardens in Baridih.

“Bannaji loves milking his cows. He had no time to do it during campaigning. But now he looks very relaxed,” one of Gupta’s aides said. 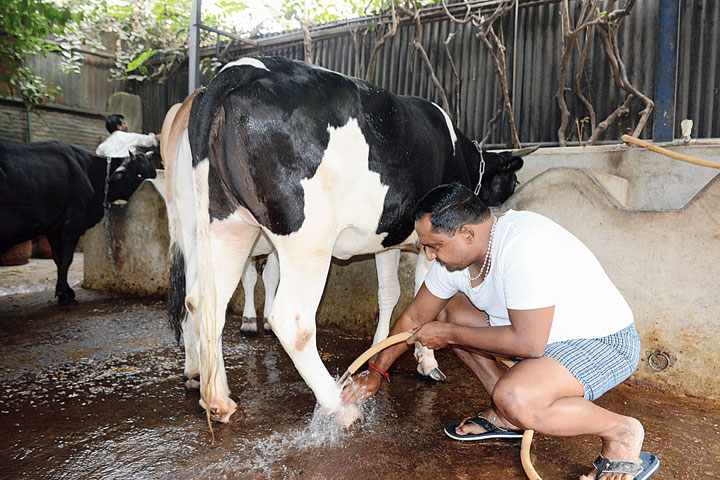 Banna Gupta washes his cow’s feet at his residence in Kadma, Jamshedpur on Sunday.
(Bhola Prasad)

BJP’s Jamshedpur West candidate Devendra Nath Singh, who spent time solving poll maths at his home in Sonari, had a tiring day. “I did not get time to rest. I undertook a tour of some pockets of my seat and will attend three weddings tonight. I am heading to Mandu for campaigning tomorrow (Monday),” he said.

JMM’s Champai Soren left his suburban Jilingora home in Jamshedpur a bit late and took feedback from his supporters in Seraikela.