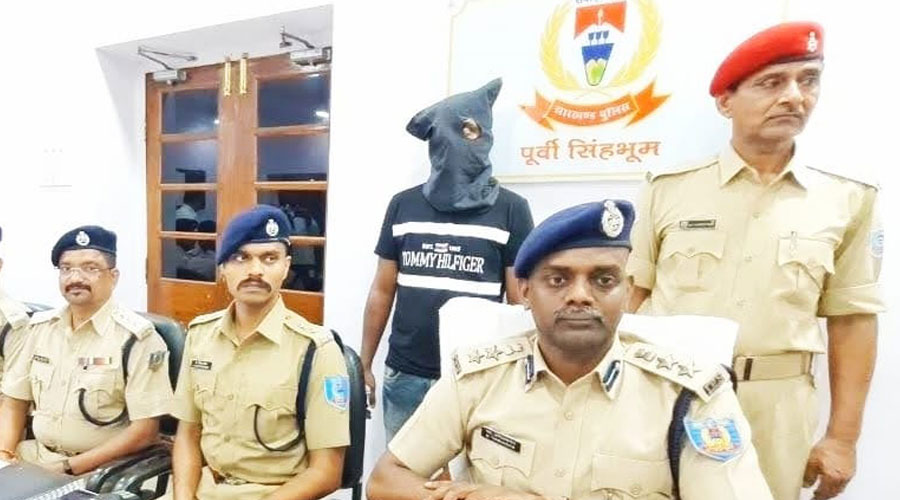 In a major breakthrough against underworld activities here, the police arrested a 30-year-old man with a loaded pistol from Bistupur on Tuesday.

The arrested person identified as Nishar Hassan alias Nishu wanted in connection with a case of launching a murderous attack on a businessman at CH Area in Sonari in December.

Hassan, who is a resident of South Park in Bistupur, had attacked the businessman, Ganesh Singh, along with six others near the Ch Area petrol pump on the night of December 23.

Singh, who is a resident of Mango, was riding back home from Sonari at about 9 pm when the criminals had hurled bombs and rained bullets on his car. The businessman, who also has a dubious background, had escaped unhurt and had lodged an FIR with the Sonari thana against the unknown attackers the same night.

While carrying out the investigation, the police had succeeded to arrest two attackers within a week, but four others including Hassan remained absconding. Hassan, the key accused, was nabbed from Bistupur on Tuesday morning.

"Hassan's arrest was made on the basis of a tip-off this morning. But his role played in the attack on the businessman came to the fore during the interrogation only. We have recovered a loaded pistol from his possession," said M Tamil Vanan said while addressing a press conference here on Tuesday.

The senior police officer said during interrogation, Hassan disclosed that the bombs hurled at Ganesh Singh's car had been made by him only.

"Hassan, who has a house Azadnagar in Mango had made the country-made bombs at his residence in a posh locality like South Park three days before the attack on the businessman," the senior police officer said.

According to police, the accused had to avenge an old enmity with Singh and therefore he had engineered the attack on the businessman.