Advertisement
Home / Jharkhand / Personal touch to get women to booths

Personal touch to get women to booths

Women voters in Jharkhand are around 1.04 crore or 47.65% of the electorate 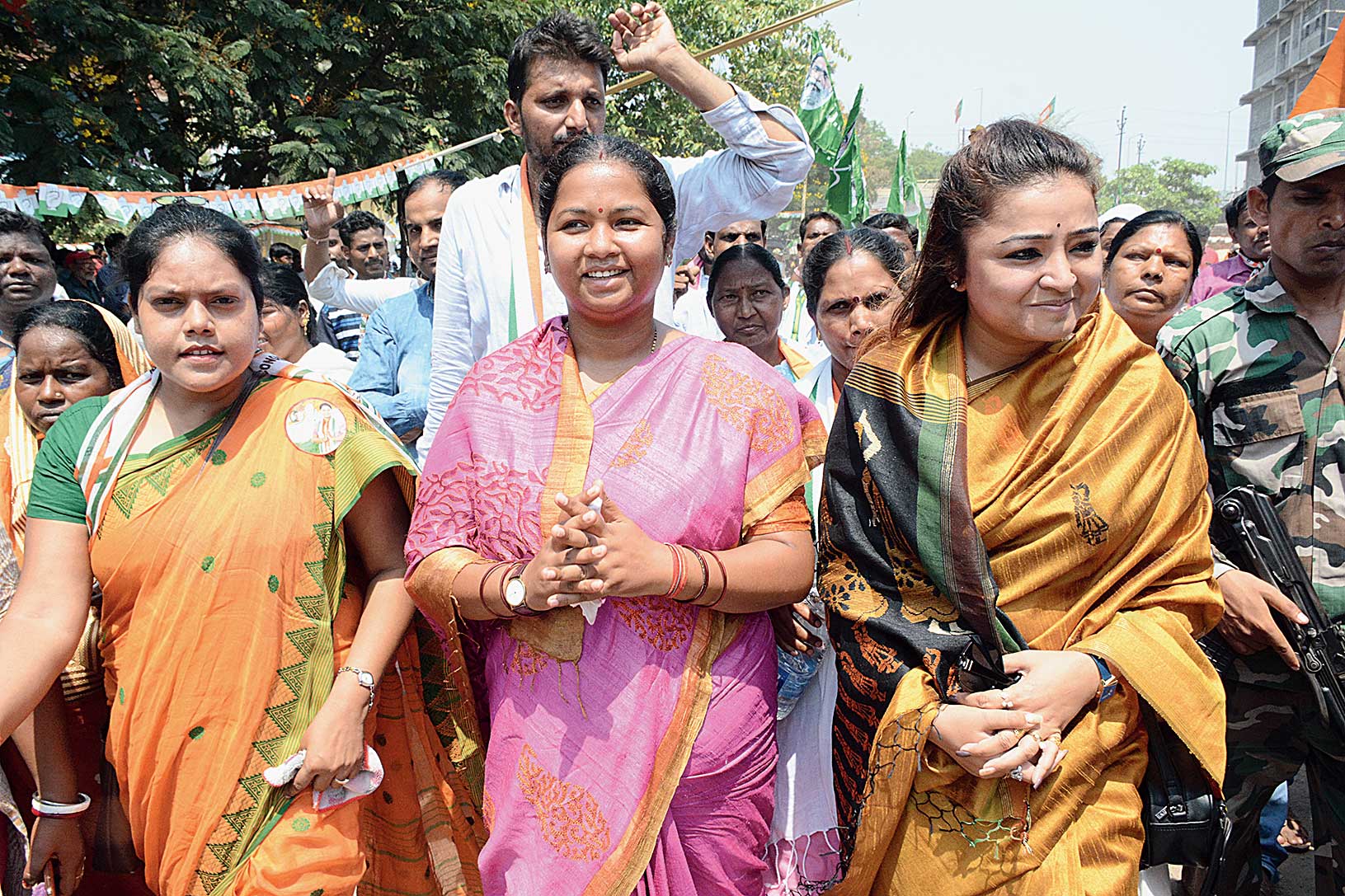 Gas stoves and drinking water over surgical strikes? Wooing the ma-bahu-beti voters is important for all parties this general elections.

Women voters in Jharkhand are around 1.04 crore or 47.65 per cent of the electorate. And trends show that younger women, even in the rural belts, independently make up their minds on who to vote for instead of obeying family and community diktats.

Moving beyond mega rallies, roadshows and social media campaigns, women’s wings of political parties are meeting up “mothers and sisters”.

JMM women’s wing raised the issue of school merger — introduced by the BJP government to rationalise resources but ended up closing many village primary and middle schools within walking distance — that made it tough for many children and their parents. “This government talks about Beti Bachao Beti Padhao but the thoughtless merger of schools hindered that,” said JMM worker and East Singhbhum zilla parishad member Hiramani Murmu. “Rural women don’t understand national issues, they worry about their children’s future.”

State Congress women’s wing president Gunjan Singh felt women campaigned “a lot better than men”. “Congress women wing members are carrying our party’s poll manifesto to explain it to voters in both rural and urban areas,” she said. “We are speaking of failed decisions like demonetisation and GST, the lack of women’s safety.”