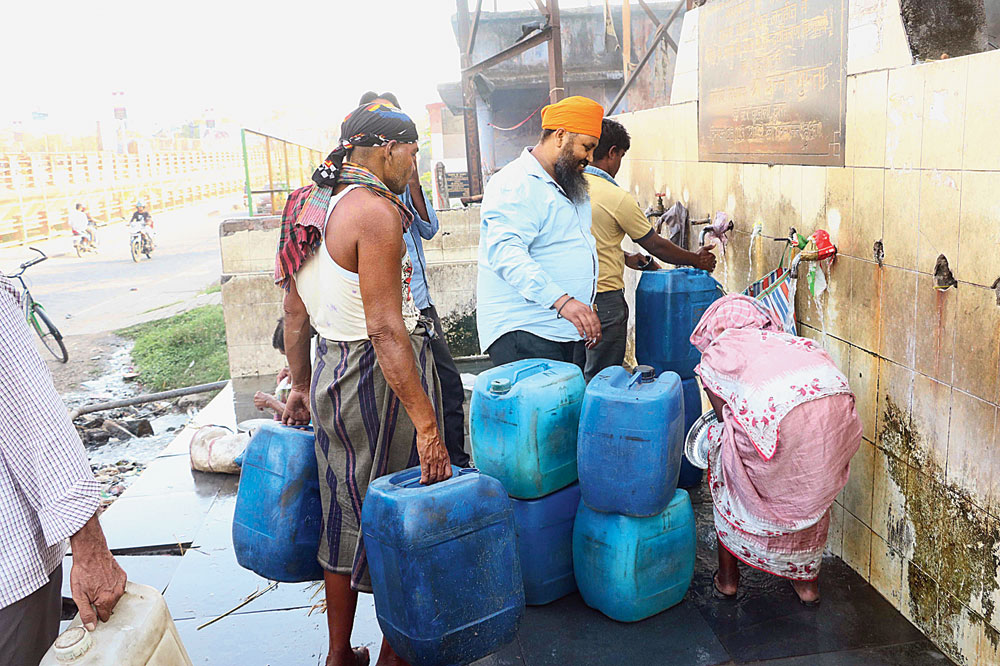 The rising level of mercury coupled with a depleting water table have resulted in a drinking water crisis in several areas in the steel city, especially Mango and Parsudih located on the eastern fringes.

Mango Notified Area Committee (MNAC), which caters to a population of about 2 lakh, has prepared an action plan to tackle the water crisis.

Apart from repairing the hand pumps, the civic body has started distributing drinking water through tankers.

“Summer is expected to be severe this year. Keeping that in view, we had started preparations early. Distribution of water through tankers has begun in areas under our command. We have also engaged plumbers to repair the defunct pipelines and hand pumps,” said Rajendra Gupta, the special officer of MNAC.

Water crisis has become acute in Parsudih and several places on the outskirts of the city. In order to ease the crisis in Parsudih, Zilla Parishad vice-chairman Raj Kumar Singh said they would soon start distribution of water through tankers in parched Haludbani panchayat.

“Tube wells have dried up due to inadequate rain last year. The water table has also depleted significantly following the mushrooming of flats and apartments,” Singh said.

The situation is equally bad in Bagbera, Karandih and Jugsalai. “The submersible water pump is unable to pump water to overhead tanks due to the depleting water tables,” said Paramjit Singh, a resident of D’Costa Mansion in Jugsalai.

“Deep boring fails to work during summer,' he said.