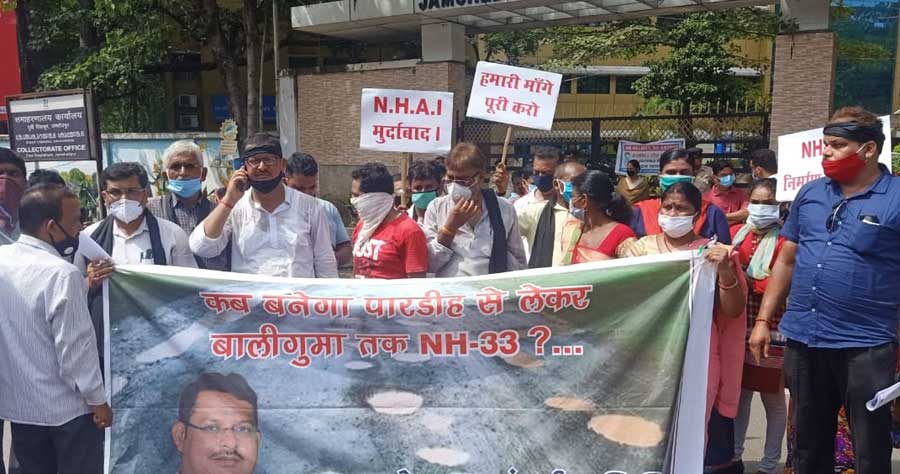 BJP party men took to the streets on Wednesday to protest against the sorry state of a 10km stretch of NH-33 between Pardih and Baliguma that passes through Jamshedpur.

As per the pre-decided programme, a section of residents of Mango led by local BJP leader Vikas Singh took out a padyatra from Dimna Chowk in the morning.  They traversed a distance of about 7km to the district collectorate where they staged a protest demanding immediate repair of the damaged stretches of NH-33. 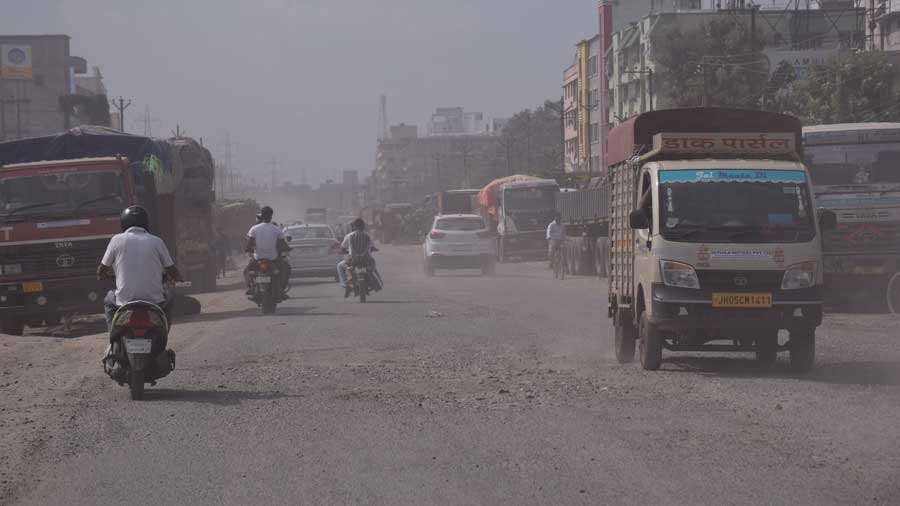 Dust cover over the NH-33 stretch that passes through Jamshedpur on Wednesday.
Bhola Prasad
Advertisement

A delegation of residents led by Singh later met East Singbhum deputy commissioner Suraj Kumar and handed over a memorandum highlighting the plight of commuters due to the poor condition of NH-33, considered the lifeline of the state.

"The condition of the highway in the 10km stretch between Pardih and Baliguma has deteriorated. The potholes lead to mishaps. We have requested the deputy commissioner to take up the issue with the NHAI and initiate repairs. Or else we will intensify our agitation," said Singh. 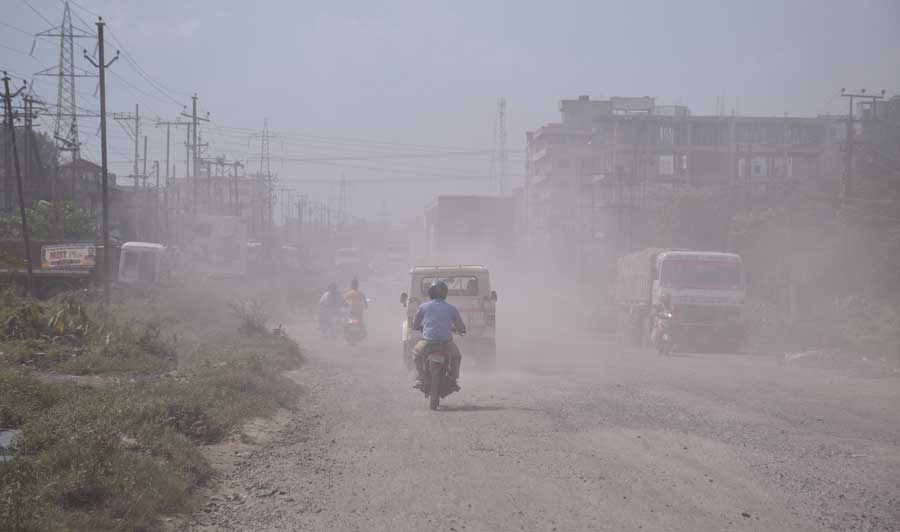 Dust cover over the NH-33 stretch that passes through Jamshedpur on Wednesday.
Bhola Prasad

Singh also threatened to undertake a march with Mango residents to the Raj Bhawan in Ranchi after Durga Puja. 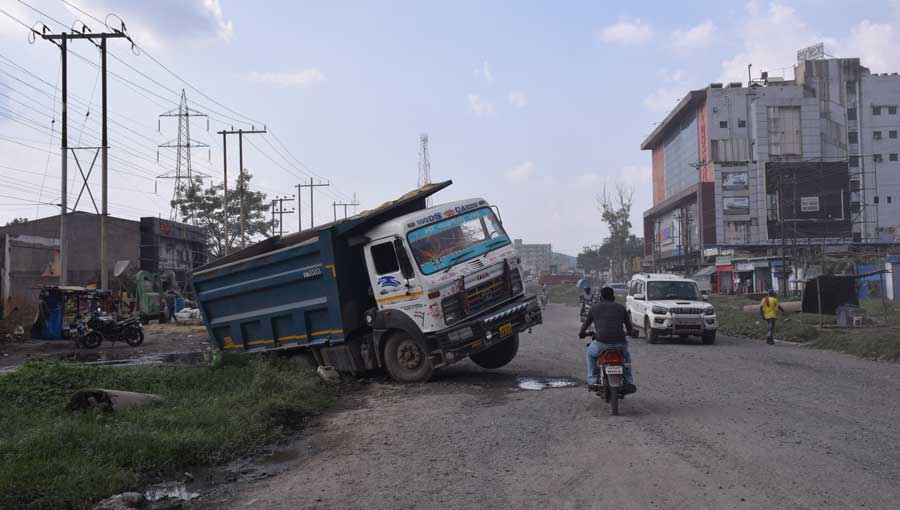 A dumper met with an accident on NH-33 near Jamshedpur on Wednesday.
Bhola Prasad

"The four-lane work of NH-33 began during BJP rule. But the work is yet to be completed. The highway has turned mishap prone in the absence of repairs," pointed out Rakesh Sahu, a local Congress leader who led the agitation.