Over 200 fresh Covid cases surface in a day 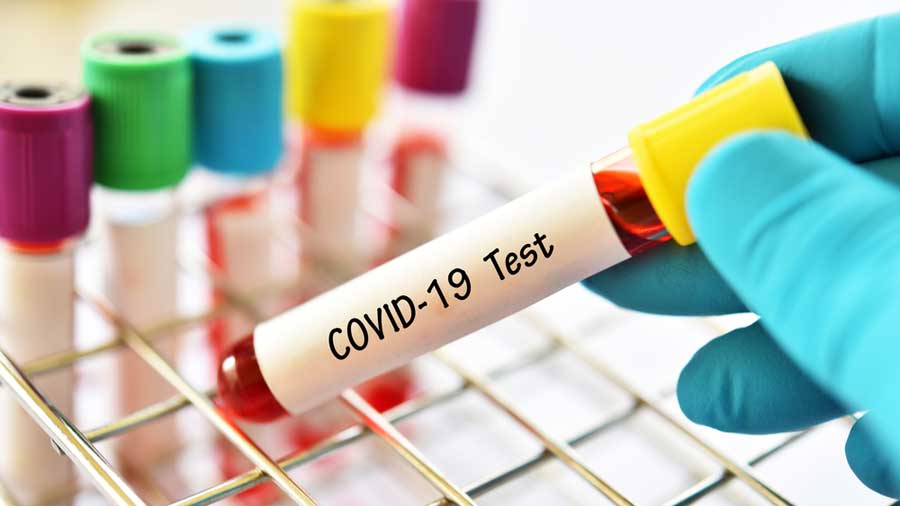 The number of fresh cases crossed the 200 mark for the third consecutive day as the total Covid-19 cases soared to 4,783 in the state, a bulletin released by the National Health Mission (NHM) said. As many as 203 suspects tested positive for Covid-19 on Thursday.

The number of coronavirus cases has seen a steep rise in Jharkhand in July as the count of patients has almost doubled.

Thursday’s findings take the Covid-19 death toll in the state to 42, and the mortality rate jumped to 0.87 per cent. The recovery rate in Jharkhand has dipped as only 28 patients recovered on Thursday, taking the recovery rate to 52.54 per cent, which is much below the national average of 63.02 per cent.

The four deaths on Thursday were reported from East Singhbhum, Giridih, Ranchi and West Singhbhum, government data stated. This takes the Covid-19 toll in Ranchi alone to 10.

The government has so far collected the samples of 2.16 lakh suspects and tested around 2 lakh of them. Around 2.7 lakh people are in home quarantine in the state while around 8,000 have been put in institutional quarantine.

There are 2,228 active cases in Jharkhand and 2,513 people have recovered, the government data showed.

Many experts have warned that Jharkhand could be headed for community transmission of the Covid-19 virus, though the government has been in denial.

The Sero survey report released on Thursday also stated that there was no community transmission in Jharkhand.