Advertisement
Home / Jharkhand / No Muharram procession in Ranchi this year

No Muharram procession in Ranchi this year 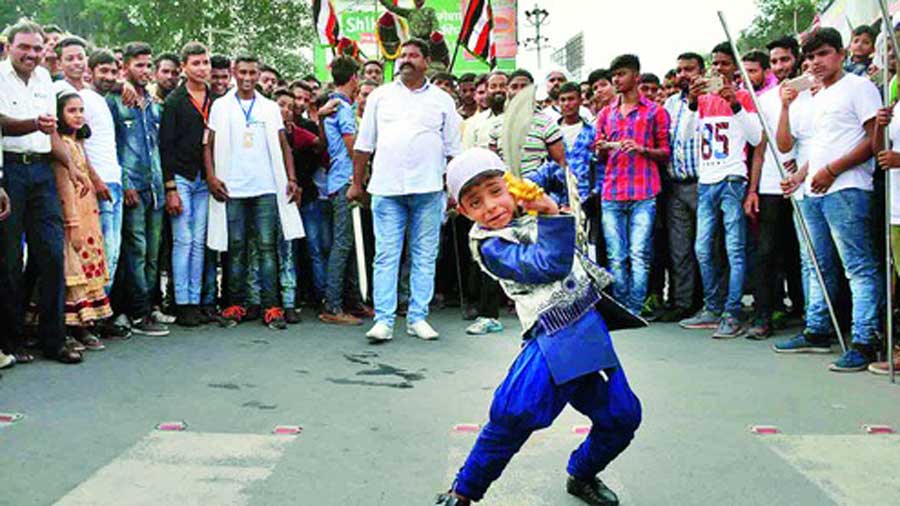 In the wake of the pandemic, Muharram, expected to be observed later this month, will take place without the ritualistic processions, the central Muharram committee announced on Tuesday after a meeting. Members of the committee will soon meet chief minister Hemant Soren to apprise him of their decision.

The general secretary of the committee, Akil ul Rehman, in a statement said they will soon issue detailed guidelines for smooth observance of Muharram but they have broadly decided to keep it a low-key affair. He said: “Like Id and other festivals, we shall observe Muharram without any fanfare this time because of the global pandemic. We have decided to not take out any procession or display arms. We will formally submit our resolution to the state government soon.” 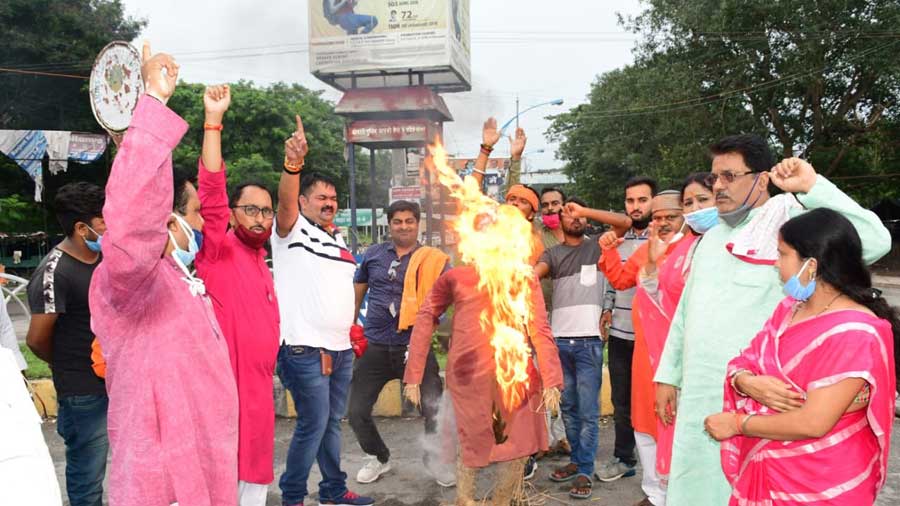 The effigy was allegedly burnt while the BJYM cadre protested the chief minister not paying tribute to former Prime Minister Atal Bihari Vajpayee on his second death anniversary.

The protest took place at Nayamoad under the city police station on Monday.

The FIR, lodged by Chas circle inspector Narendera Kumar Singh at the city police station, alleges that the BJYM members gathered for the protest in violation of rules meant to stem the spread of Covid-19. The demonstration allegedly took place without the permission of a competent authority.

The district administration released a press statement late on Tuesday saying that the “gathering of people is prohibited in wake of the Covid-19 pandemic. Despite this, the effigy of the chief minister was burnt by Mayank and his supporters.”

The BJYM activists burnt the effigy of Hemant to protest the JMM-Congress government’s failure to recognise Vajpayee’s contributions by not paying tribute to his statue installed at the Jharkhand Assembly on his death anniversary.

Mayank said: “Lodging an FIR against me is unfair. Many groups and political leaders have burnt effigies or staged demonstrations despite the Covid-19 restrictions. The JMM-Congress combine seems to have forgotten Vajpayee’s contributions, who played an important role in the formation of the Jharkhand state.”

A man was arrested in Giridih on Tuesday for allegedly duping 60 jobseekers of Rs 40 lakh. He had promised the youths government schools jobs.

Manoj Kumar, a resident of Old Bazaar in Paliganj police station area of Bihar’s Patna, was arrested by police from Ranchi, where he was operating.

Apart from Giridih, he had committed similar crimes in Sahebganj and Pakur.

The accused claimed that he was the director of “Skill India National Board of Scholarship and Skill Development (NBSSD)”.

He would give out fake appointment letters. Clerks and other staff at the Giridih education department are under the scanner in this connection.

The youths with the fake appointment letters would get permission to work at 60 government middle schools. The scam was discovered only when they did not get their salary.

Giridih superintendent of police Amit Renu said an FIR was lodged in the mofussil police station on August 13 against Manoj.

“We are investigating how the victims were allowed to work in government schools on the basis of a fake appointment letter from a private institution,” said Renu. 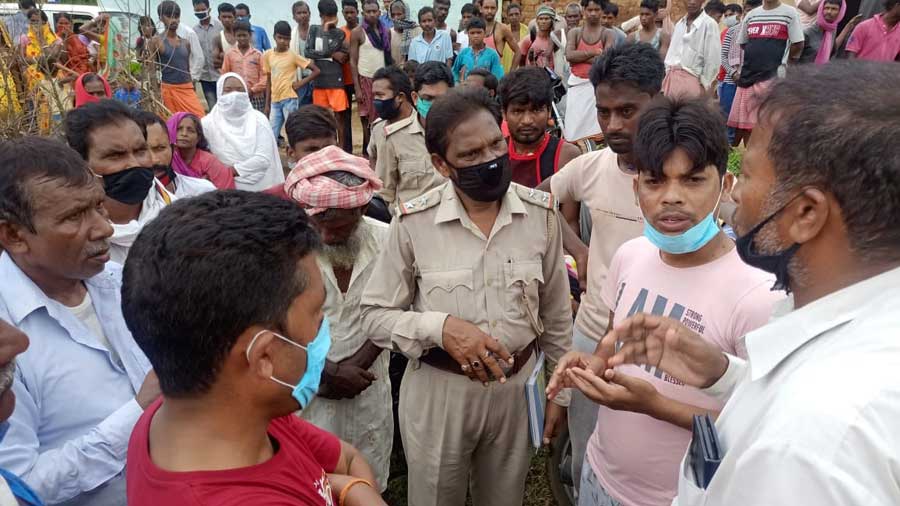 Villagers demand compensation and other government benefits in Gola, Ramgarh, on Tuesday.
Vishvendu Jaipuriar
Villager killed by herd of elephants

A herd of elephants crushed to death a villager at Gola block in Ramgarh district, prompting demands for compensation and other government benefits.

The incident took place in Jayantibeda village of Sadam panchayat. When 56-year-old Suleman Ansari, who had gone to the forest with his cattle on Monday as usual, didn’t return, a search was launched.

On Tuesday morning, villagers found his dead body in the forest with footprints of elephants around it.

This was the second such death in the area in as many days.

The villagers said forest department officials had failed to do anything to help them feel secure.

Officials tried to pacify them by giving Rs 5,000 for Ansari’s funeral and promising compensation.

Fodder traders of Dhanbad on Tuesday staged a demonstration and submitted a memorandum to the administration protesting the district transport department’s move to impose fines on vehicles carrying goods such as straw above the prescribed height of 15ft.

The traders claimed that their survival would be at stake if the restriction was imposed.

A bogey of a goods train carrying stone chips derailed on Tuesday near Pradhankhanta railway station on the Dhanbad-Howrah line while being shunted in the yard around 12.30pm.

A team of railway officials reached the site along with the accident relief train. The railway has launched an enquiry.

According to sources, the stone-laden bogey was to unload the stone chips beside the track at the railway station. However, the stone chips started unloading before shunting could take place, leading to the accident. Since very few trains are running on the line due to Covid-19 restrictions, there was no major traffic disruption.

The public relations officer of the Dhanbad division of East Central Railway, P.K. Mishra, said: “Normal traffic on the line was restored within three hours.”

The criminals entered the shops by breaking open the gates and windows.