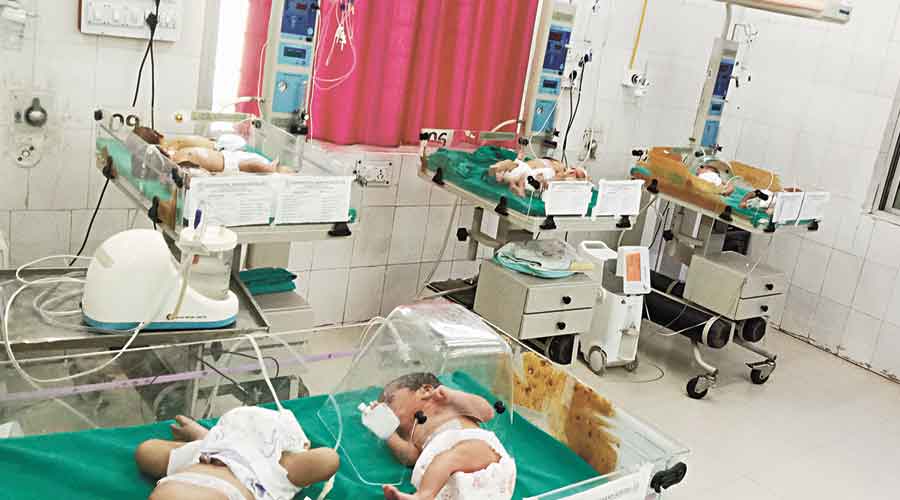 A newborn was allegedly stolen from outside the labour room of a government medical college hospital in Jharkhand’s Dhanbad on Tuesday evening, police said.

This is the third time that there has been an alleged breach of security at the hospital this year. In July, a mentally challenged woman was allegedly raped at the hospital while in September a youth attempted to molest a patient’s attendant.

A source in Seraidhela police station said: “Gudia Devi, a resident of Bhuli township in Dhanbad, had delivered a baby girl at around 2pm on Tuesday. After delivery, when the mother was being administered with saline, the infant was given to her grandmother who was waiting outside the labour room following all protocols.”

Another woman, who said she was pregnant and sitting outside the labour room for a long time, admired the baby and wanted to cuddle her, the source said.

“The unidentified woman pestered the grandmother to take the child in her lap. Finally in the evening the grandmother relented and gave the infant to the woman who started cuddling the baby. The grandmother went to the nearby ward to bring her mobile phone. On returning she found that the woman had vanished with the infant. It was then that she raised an alarm and started searching for the baby,” said Seraidhela police station officer-in-charge Kishore Tirkey.

The hospital administration informed the police and also scoured the CCTV footage to ascertain when the woman left the hospital with the baby.

Dhanbad additional district magistrate (law and order) Kumar Tarachand blamed the infant’s grandmother for the theft of the baby.

“After recent incidents, the hospital authority on the directive of the district administration has increased the number of CCTV cameras to over 36. There are nearly 30 security guards. We have also set up a police outpost in the campus of the hospital. What can anyone do if a family member hands over a few hours old baby to an unknown person?” questioned Tarachand.

He, however, said that an FIR has been registered and the police are investigating the case and hoped the baby would be recovered soon and the culprits nabbed.

“We have handed over the case to the police and it is their responsibility to investigate and nab the culprits. I cannot say anything more on the issue,” said Dr Barnwal.