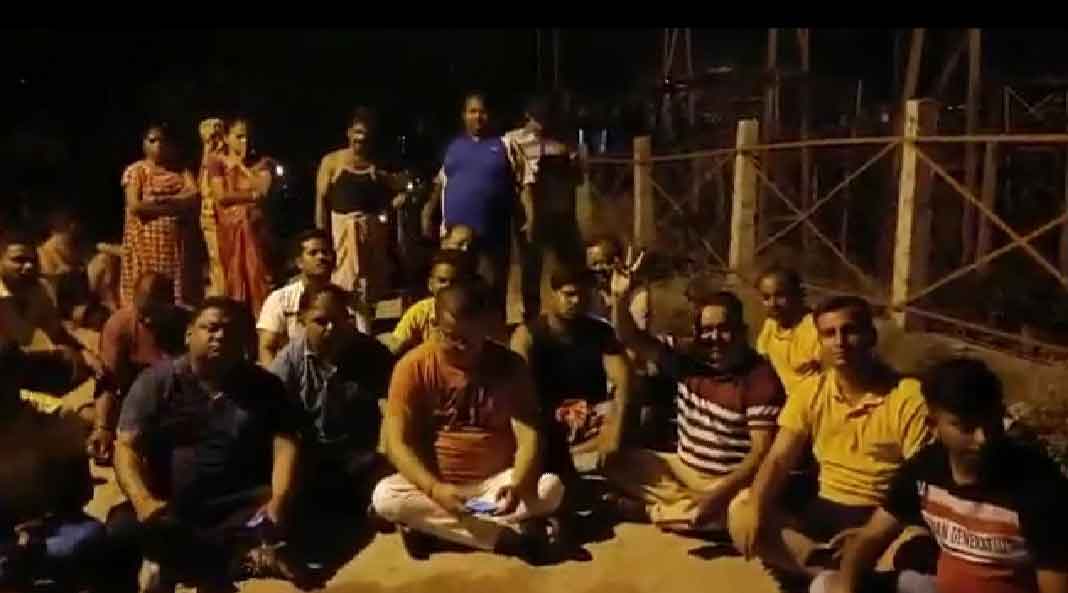 Belligerent Mango residents have on Wednesday threatened to stage a blockade on NH-33 if the power supply condition does not improve within the next 48 hours.

The threat to resort to the national highway blockade came after about 200 agitated residents of the densely-populated Mango area staged a dharna in front of the house of executive engineer, Mango division of the Jharkhand Bijli Vitaran Nigam Ltd (JBVNL) Vishal Kumar from midnight till 2.30 am on Wednesday.

Led by Vikash Singh, a social activists of the locality, the residents were demanding undisrupted power supply in the Mango area which has over three lakhs population.

The protesters were demanding the JBVNL executive engineer to either improve the power supply condition or declare his inability to do so through newspaper advertisement so that they may make alternative arrangements for enduring the frequent power cuts.

"There is no point of the state government's tall talk when it comes to claims about the state's all front development. If the state's power discom fails to provide electricity, then it must admit it through notification. We residents of Mango will make the alternative arrangements and will not knock the door of the JBVNL any more, " said the social worker Vikash Singh while talking to this website.  The social worker said as the JBVNL is not admitting its weakness, the residents will be compelled to resort to the agitational path.

"We are giving 48 hours to the JBVNL. If the power supply condition does not improve by then, we will block the NH-33 at Dimna Chowk for two hours, " declared Singh.  The JBVNL-command areas, especially Mango are reeling under severe power supply crisis since the past one week. The intermittent power cuts ranging from 12 hours to 16 hours a day has cast its impact on the water supply condition, thus making the life of the people miserable.

General manager-cum-chief engineer, JBVNL, P Kumar said power supply crisis cropped up as there has been a disbalance between the power supply and the load factor.

"In the Jamshedpur electrical circle we would get 240 MW power, but since the past one week, load factor has increased tremendously and the Jamshedpur circle needs 310 MW as consumers have started using air conditioners extensively. We are trying to cope up with the situation, " said Kumar while talking to The Telegraph Online.