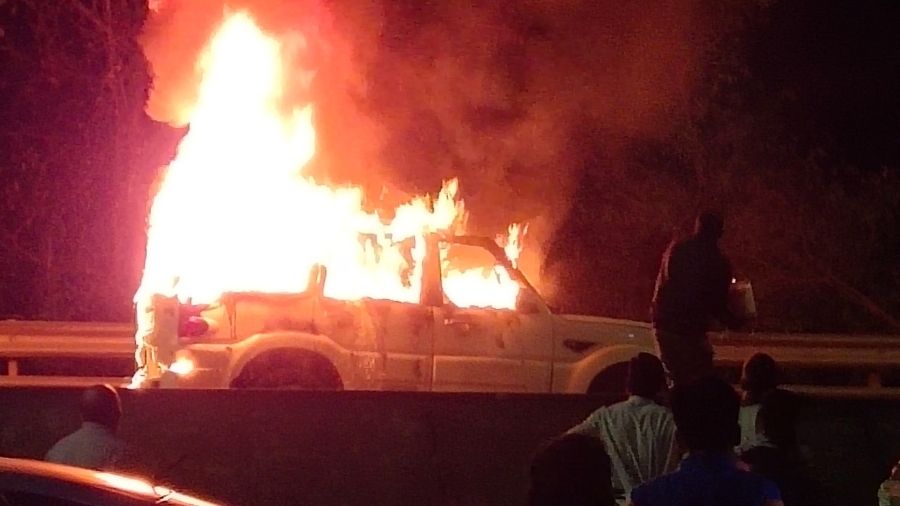 A 40-year-old was charred to death on Tuesday night when his SUV caught fire on the Marine Drive in Jamshedpur, while he was driving towards Sakchi to Sonari.

Ajay Pal was driving his Scorpio when at around 10 pm it caught fire as it was crossing Tilo Bhatta, a slum along the Marine Drive under the Sonari police station area.

A fire brigade rushed to the spot soon but by that time, both Pal and his car were gutted to fire.

Seeing the vehicle up in flames residents of the slum rushed to the spot carrying  buckets of water, but to no avail.

According to an eye-witness, after catching fire the vehicle was gutted in less than 10 minutes. He said the vehicle caught fire from the rear side and spread fast.

On getting the news a mobile PCR (Police Control Room) van reached the spot.

"The cause of the fire is being probed. The victim could not come out of  the vehicle as the door locks were not working. No one also heard his shriek as the doors remained closed," said the DSP.

Eye-witnesses said local residents with the help of police broke open the doors of the SUV to find the charred body.

According to police, the  victim, who has a son and a daughter, used to run a poultry business at Kagalnagar in Sonari.