1,300 police personnel from various districts and JAP battalions will participate in the sports meet with 15 events 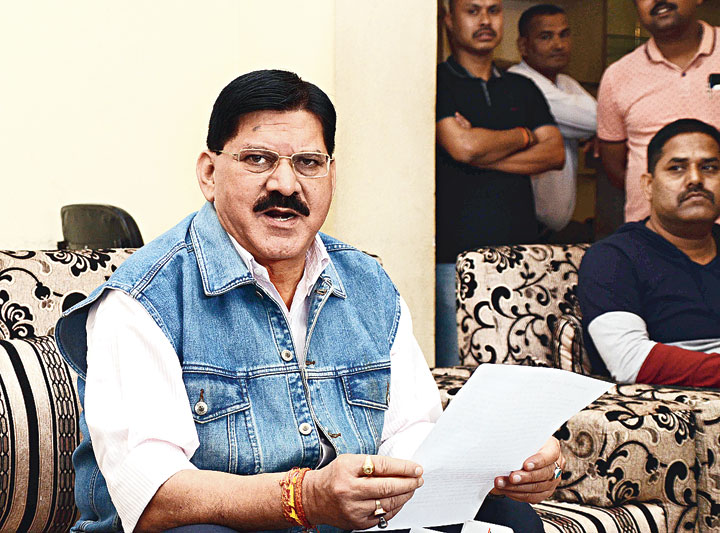 The 15th edition of the five-day state police sports meet, which begins on Monday here, will skip its mandatory inauguration ceremony as it coincides with the annual Police Commemoration Day on October 21.

Sudhir Kumar Jha, inspector-general of Jharkhand Armed Police (JAP) that will host the five-day sports meet, said that on October 21, any event, other than those meant to pay homage to the martyrs from the police force, is avoided as a matter of rule.

He added: “We will, however, organise a grand closing ceremony on JAP-1 grounds on October 25 when governor Droupadi Murmu will be the chief guest.”

About 1,300 police personnel from various districts and JAP battalions, many of whom have excelled at national and international levels, will participate in the sports meet with 15 events, Jha told the media at JAP-1 headquarters in Doranda on Sunday afternoon.

“The events will be held at three venues,” IG Jha said.

Athletics, football, basketball and kabaddi will be held on the JAP-1 grounds in Ranchi. Hockey and volleyball events will be held on JAP-2 grounds at Tatisilwai. Other events such as wrestling, boxing, archery, handball, gymnastics, weightlifting, wushu, taekwondo and yoga will be held on the grounds of JAP-10 (women’s battalion) in Hotwar, IG Jha said, adding they were hoping for “sporting excellence”.