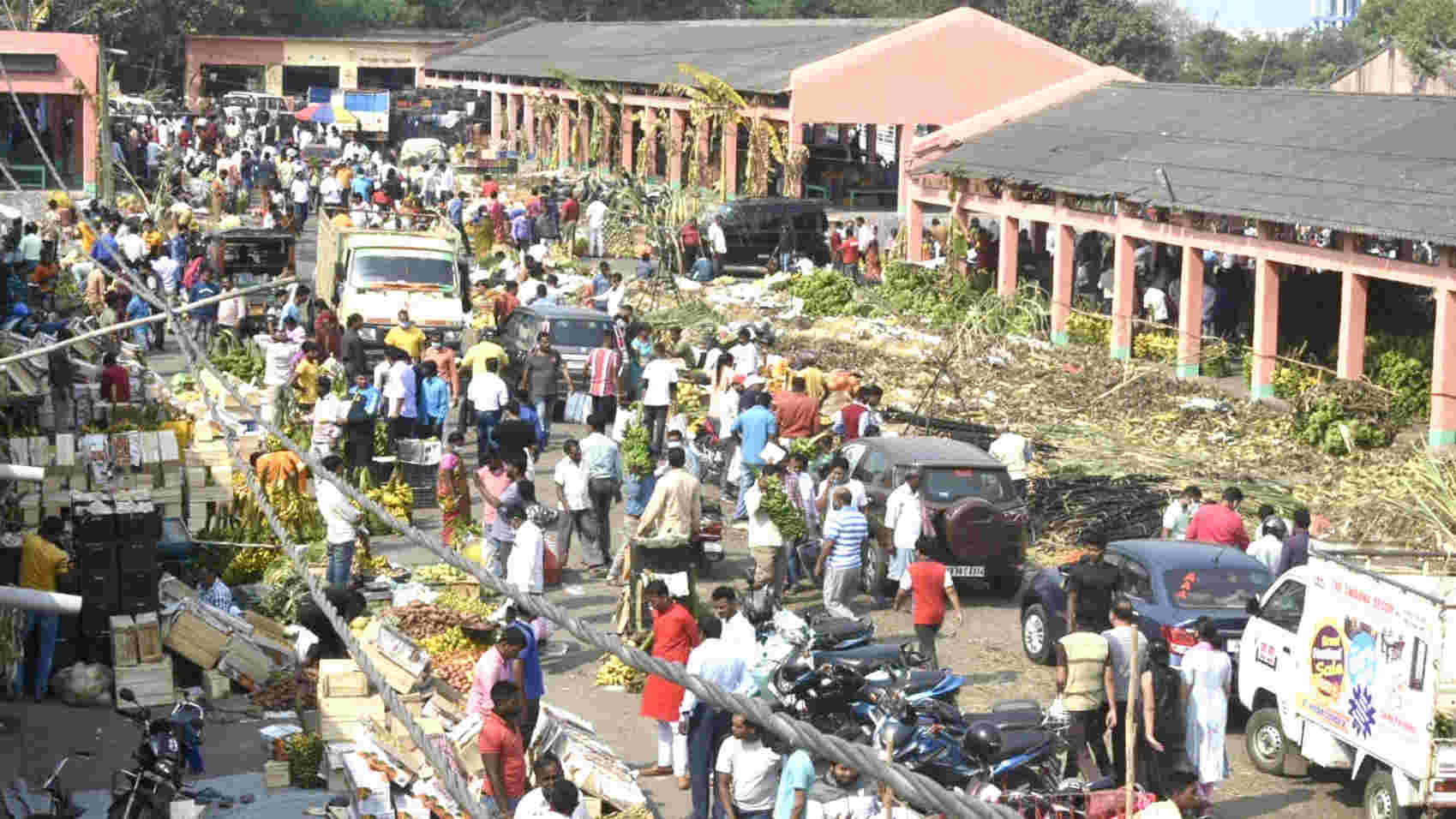 Singh was accompanied by Dhanbad SSP Aseem Vikrant Minz, sub divisional officer Surendra Prasad; and the municipal commissioner. The team met with the puja committee members at Raja Talab in and instructed them to ensure observance of all guidelines issued by the state government with regard to Chhath Puja.

Crowd for Chhath at market in Jharia today.
Shabbir Hussain

“Besides observing the rule to maintain a minimum distance of six feet, spitting in rivers, ponds and other water bodies besides public places will also be strictly prohibited” said Singh.

He also warned against installation of any stall or shop on the banks of any river, pond, lake, dam or any other water body or its vicinity.

“Bursting of crackers at public places will be strictly prohibited during Chhath and similarly any musical or other cultural programmes during the festival will also not be allowed,” Singh informed.

“All Chhath puja committees will have to cooperate with the district administration in the strict observance of the state government guidelines,” he remarked.

Surendra Prasad will coordinate with all incident commanders of the district to ensure strict observance of the guidelines.

SSP Minz on the other hand said that elaborate security arrangements will be made on all the Chhath ghats during the festival tomorrow and also the day after tomorrow.

Interacting with the media, she said, “Though the government has allowed people to observe puja at public water bodies, people should follow all the guidelines laid down by the state in order to prevent the spread of Covid.”