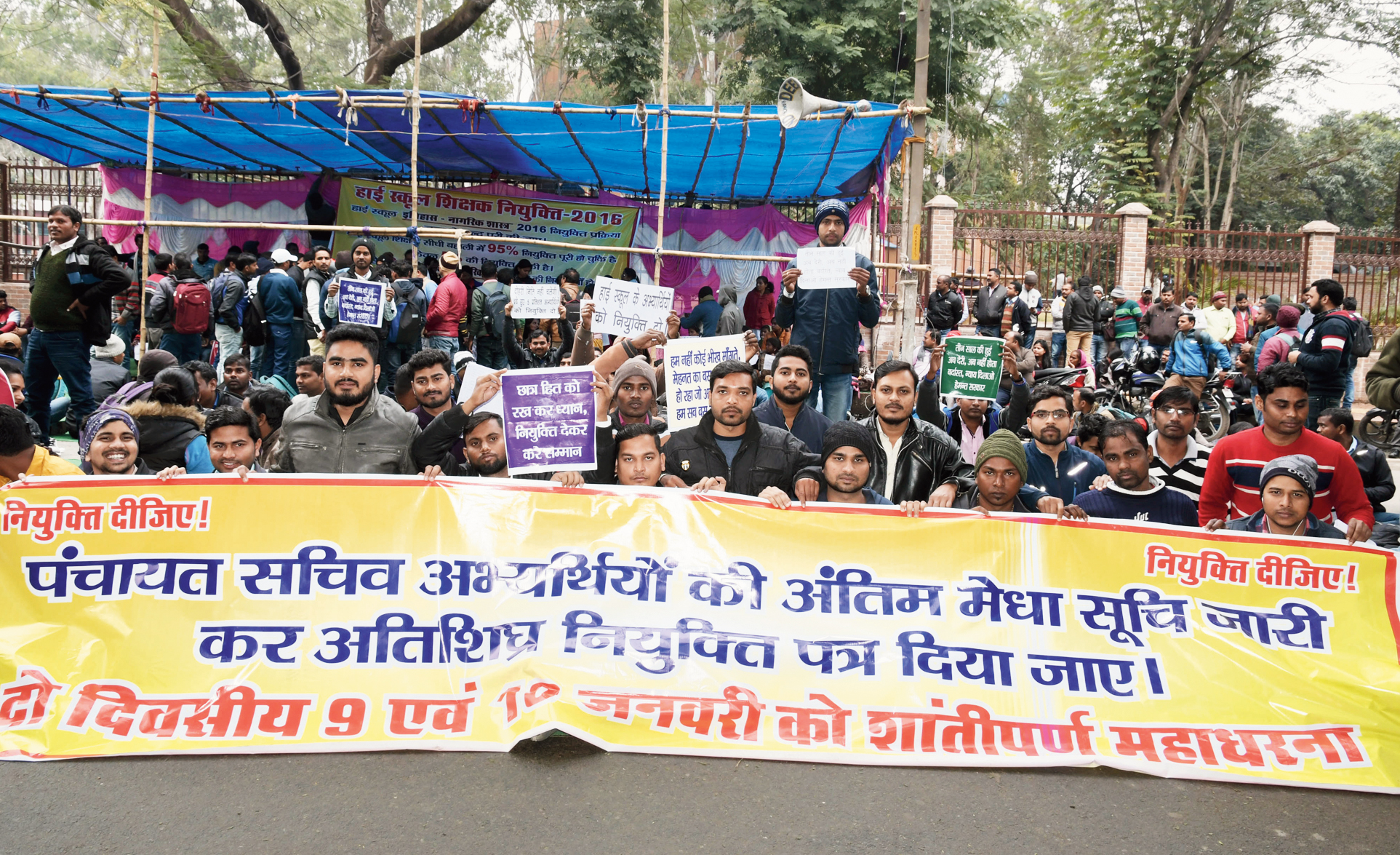 Over 1,000 youths who were waiting for government jobs or results for years demonstrated near Raj Bhavan on Thursday in the wake of the new Hemant Soren government’s promise of early recruitments to fill up vacancies in government departments.

They alleged that since the past few years they had been waiting for the government to declare results of examinations conducted for school teachers in 2016, and panchayat sachivs, stenographers and lower divisional clerks in 2018.

In 2016, then Raghubar Das government decided to recruit high school teachers based on an examination conducted by Jharkhand Staff Selection Commission. Around 10,000 selected students were appointed. But, protester Rakesh Kumar pointed out that around 1,500 aspirants who qualified for the combined civics and history subjects had been left in the lurch due to a technicality.

While a handful from Jamtara, Deoghar, Dumka, Pakur, Sahebganj and Latehar got appointment letters as history-civics teachers in the first phase, a court case scuttled the rest of the appointments, Rakesh explained. Madhu Kumari, another aspirant protesting on Thursday, said: “Somebody moved court challenging the appointment of aspirants from Uttar Pradesh who had graduated in ancient history and not history as per the JSSC notification. So, our appointments were withheld too. Ideally, the government should have segregated candidates. We are history graduates who qualified fair and square. Why are we suffering?”

“From 2017, we have wasted our precious years to force the government to first conduct examinations and then to declare results on time. Jharkhand is probably the only state where youths are more into agitation then studies because of circumstances beyond their control,” said Vikas Singh.

In 2017, the then Das decided to recruit 3,000 as panchayat sachivs, stenographers and lower divisional clerks. JSSC held the written examination in January 2018, the results of which were declared in February 2019. Then, a second round of tests — typewriting, shorthand speed and computer proficiency, among others — were taken and paper verifications done in 2019. But the final results have not yet been declared.

“Last year we had demonstrated outside the office of the JSSC, this time near Raj Bhavan, let’s see,” said Alok Kumar, an aspirant.