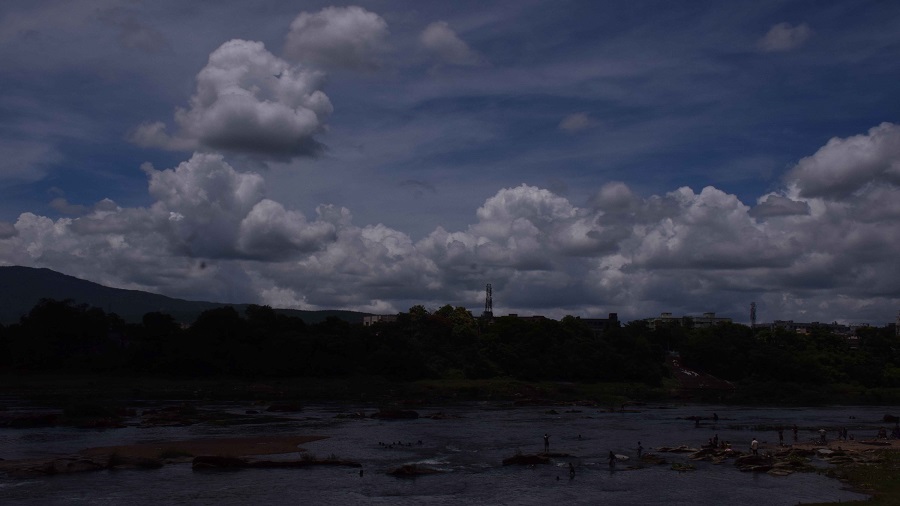 Rainfall in July was not enough to make up for the deficit that stood at 13 per cent during the end of the second monsoon month, which witnessed an average of 12 rain days.

Met statistics indicated that Jharkhand recorded 453mm rain at the end of July, against the norm of 522.2mm, resulting in the deficit.

As many as 17 districts, apart from Palamau, Ramgarh, East Singhbhum, Garhwa , Dumka and Latehar, and including Ranchi have had lesser rains this year.

Most parts of the state experienced a good spell of rain from the third week, with the intensity increasing between July 21 and 27 owing to the impact of a cyclonic circulation.

Southwest monsoon activity has been normal in the state during the past 24 hours.

Weathermen said they were hopeful.

"Jharkhand is expected to witness fairly widespread rain from August 4 due to the impact of a low pressure area over north Bay of Bengal, " said SD Kotal, director of the Ranchi Met Centre.

The axis of the monsoon trough passed through Bikaner, Agra, Fatehpur, Gaya and Dumka on Friday.

"We are expecting heavy rain in some of the districts in the first week of August," said a  duty officer at the Regional Met Centre in Alipore, Calcutta.

June this year ended on a 2 per cent surplus rain this year, after southwest monsoons arrived in Jharkhand on June 13, two days in advance.

Met data revealed that in 2019 and 2018, July had received lesser rainfall.

July 2017 was the wettest in five years in the state, with rainfall figures ending at a surplus margin of 14 per cent.