Hul Diwas is observed in memory of tribal brothers Sido and Kanhu, and leaders such as Chand and Bhairav besides Phulo and Jhano 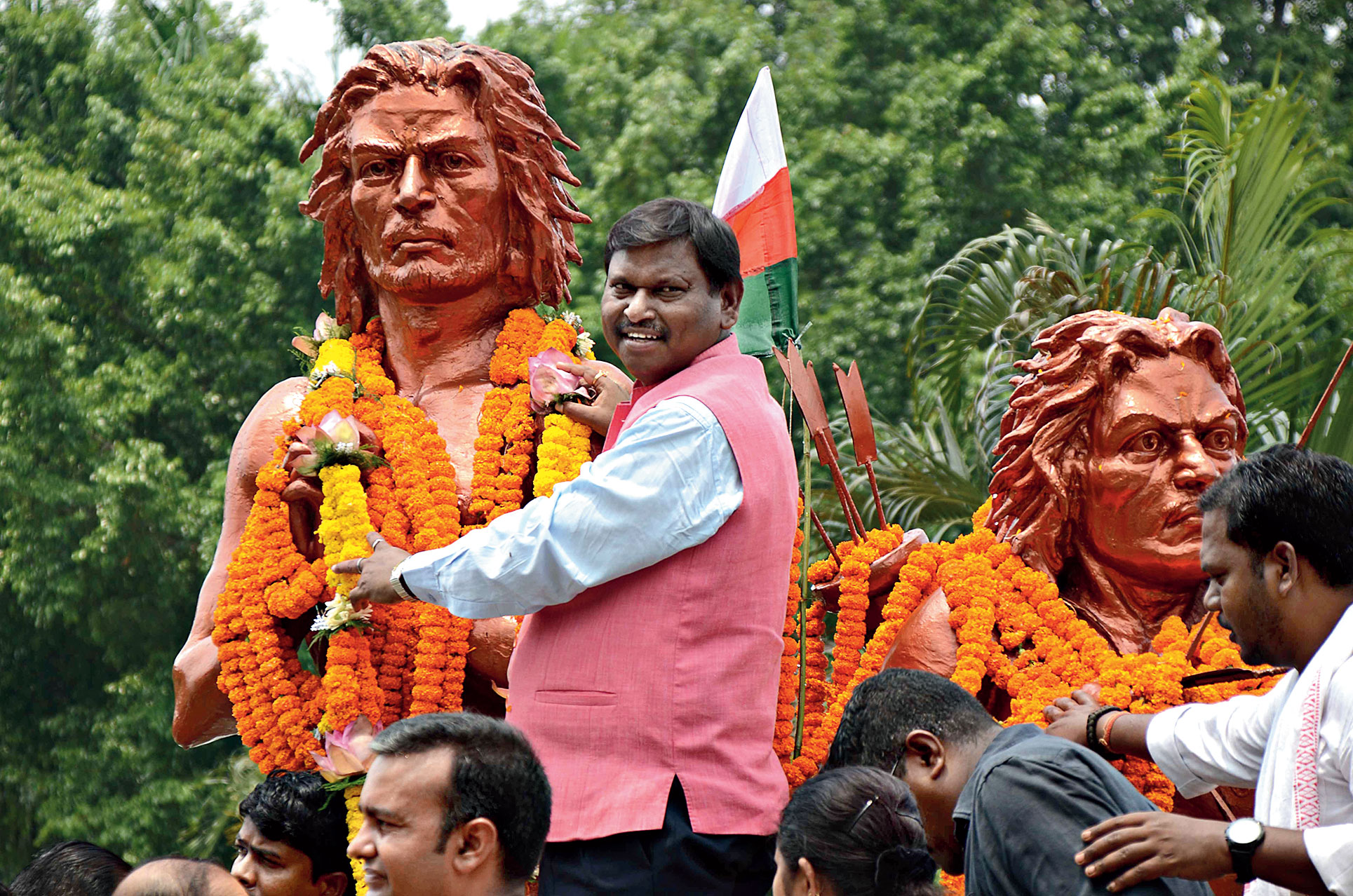 Political leaders cutting across party lines on Sunday observed Hul Diwas to commemorate the 1855 uprising of tribals against colonial rule and landlords.

Hul Diwas is observed in memory of tribal brothers Sido and Kanhu, and leaders such as Chand and Bhairav besides Phulo and Jhano who had led the campaign against colonial rule and cruel zamindars.

Governor Droupadi Murmu attended a programme in Dumka organised by Sido Kanhu Murmu University where she laid the foundation stones of the canteen and administrative block.

Later, Munda and others heard the broadcast of Prime Minister Narendra Modi’s Mann Ki Baat radio programme, in which Modi played the message on water conservation from a sarpanch of a village in Hazaribagh’s Katkamsandi block.

Former chief minister and JMM working president Hemant Soren was at Bhognadih village in Sahebganj district, the birthplace of Sido and Kanhu, to pay tributes to the tribal leaders.

The JMM, which has been observing Hul Diwas for the past four decades, held a massive road rally that was attended by Soren, the party’s Rajmahal MP Vijay Hansda and other party leaders and workers.

Soren, who shared a picture of the event on his Twitter account, said that it is time for another Hul, another struggle to reclaim the pride of Jharkhand.