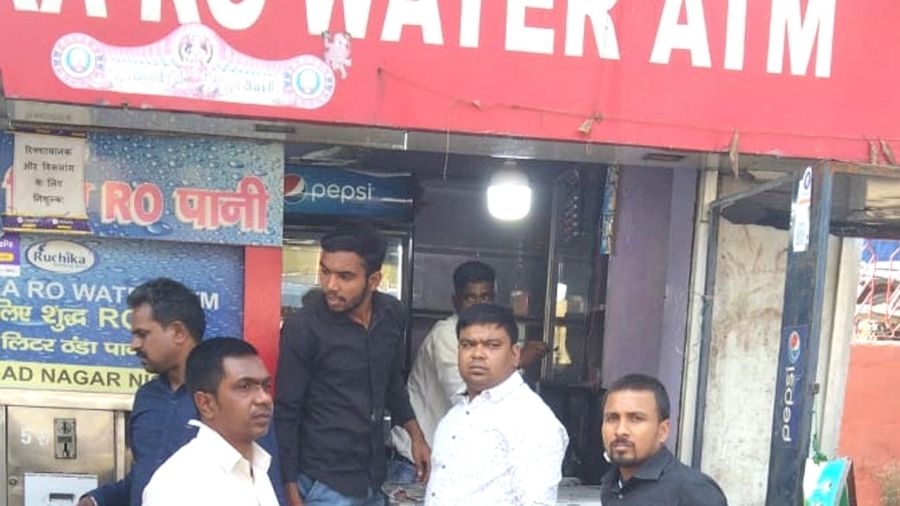 A team of Dhanbad Municipal Corporation (DMC) led by Anil Kumar, Sanitary and Food Inspector on Friday conducted raids on its seven water ATM counters situated across the town and engaged in sell of non permissible items, including packaged food besides tea etc.

The team comprising two junior engineers of water supply department of DMC found the water vending machines non functional and allotees of counters engaged in selling of files, stationeries, and even breakfast items like samosa etc.

Talking to The Telegraph Online on Friday, Kumar said, “The special drive conducted was aimed at tightening the noose against the water ATM counter allotees who were engaged in sell of non permissible items, illegally. In some of counters at Court More and Saradhela, xerox machines and cyber cafés were also operating illegally.”

“We gave stern warning to the allotees during the raid against indulging in illegal act of sale of non- permissible items and removed the illegally stocked items,” said Kumar adding that the raid began during the morning at around 11.30 am and continued till 3 pm.

Two out of total nine ATMs of DMC including one at DMC office at Luby Circular Road and other at Jharia however are lying closed since long.

Notably, DMC launched the process of installation of water ATMs with the help of agency Ruchika in April 2017 and the first water vending machine was installed in the campus of Dhanbad Municipal Corporation (DMC) office at Luby Circular Road.