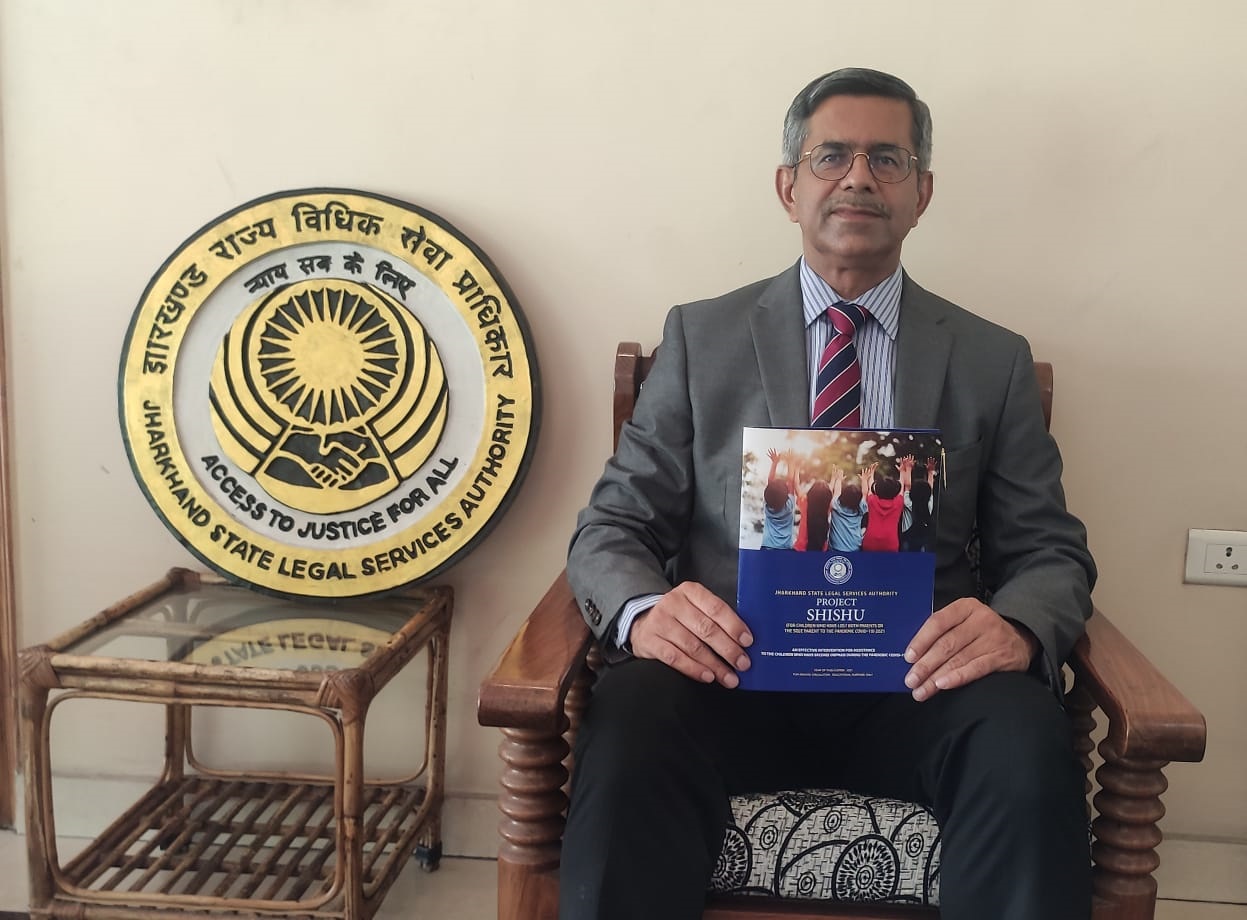 Jharkhand Legal Services Authority (JHALSA) rolled out Project Shishu Sadaiv Twaya Sah on Monday to help in the rehabilitation of children who were orphaned due to Covid-19.

High court judge and JHALSA executive chairman Aparesh Kumar Singh launched the programme online. As per the project, district affiliates of JHALSA will act as a bridge to ensure that government schemes meant for children are implemented properly.  JHALSA and its district units will also identify such children through its network and connect them with the government programmes, said officials.

JHALSA secretary Muhammad Shakir told reporters that their units will regularly coordinate with different government and non-government bodies to map such kids to extend relevant assistance. “Efforts will be put in place to ensure proper care, schooling and all other needsof such children like, for instance, keeping them in shelter homes, under foster care or with their extended dependents. JHALSA will keep a tab on their progress and well being,” he said. The chariot will move across the Kolhan region and Ranchi to create awareness about child trafficking and identify vulnerable children. The National Commission for Protection of Child Rights (NCPCR), Asia Foundation and Khunti district administration have jointly initiated a move to launch a survey of orphaned children.

Khunti deputy commissioner Sashi Ranjan said the administration was sensitive towards such children and efforts were on to provide a congenial environment to them. “The plan is to survey, identify, trace and provide such kids proper rehabilitation besides thwarting any potential threats of child trafficking,” he said.