Jamshedpur shooter in contention for India berth at international competitions 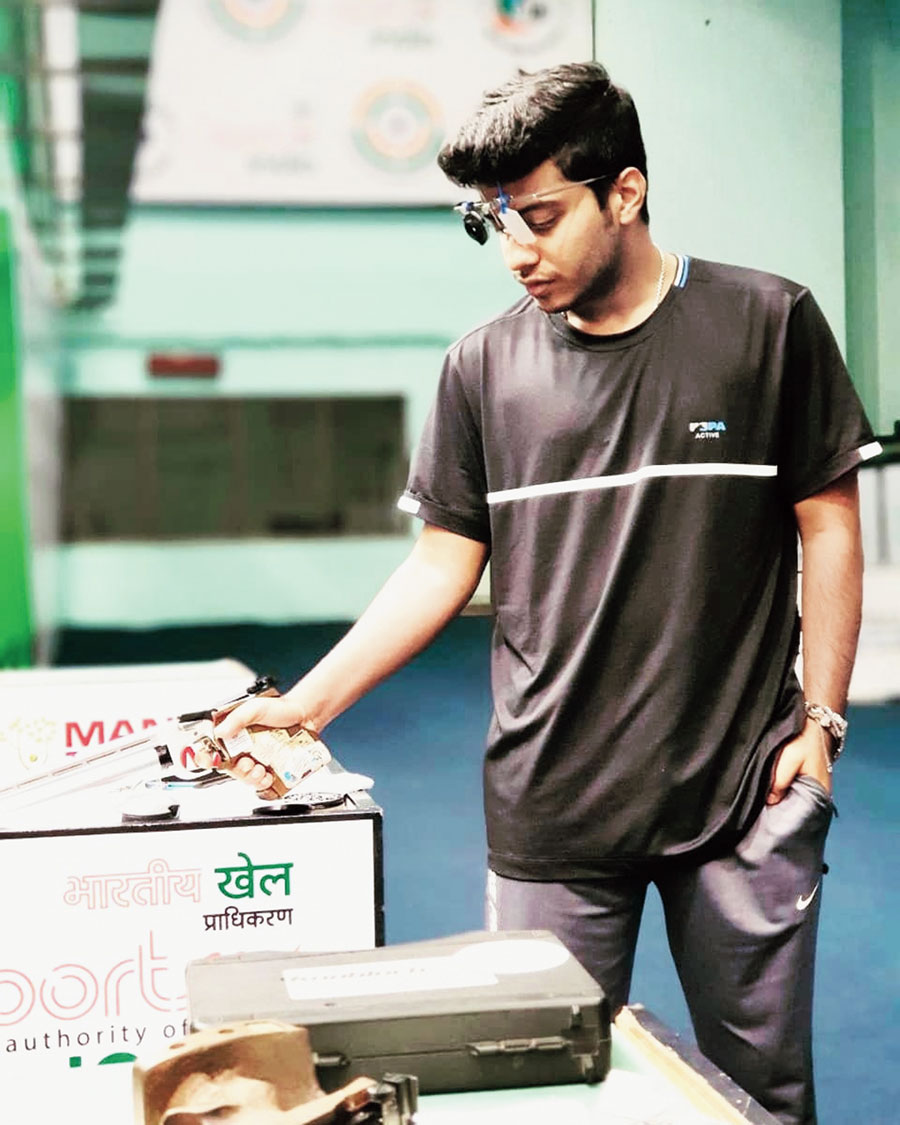 Steel city shooter Varun Dubey, who is set to take part in a series of national preparatory camps, may well earn a slot in the India squad at international competitions.

The 17-year-old is among 47 marksmen from across the country who have made it to the preparatory camps to be held by National Rifle Association of India (NRAI).

Varun, competes in the 10-metre air pistol category, is the only shooter from the eastern zone to be shortlisted for the camps.

The first preparatory camp is scheduled in New Delhi from April 1-15.

Varun, who started shooting six years back, was selected by the Sports Authority of India (SAI) for a scholarship programme under Khelo India Talent Identification Development Scheme in 2018.

Training under experienced mentors has helped Varun improve his shooting skills by leaps and bounds.

A Class XI student of Jusco School in Kadma, Varun is a passionate shooter who keeps his mind focused, a key quality needed in the game.

He also honed his skills at Jamshedpur Rifle Club.

He had notched up the top position at the 63rd national School Rifle Shooting Championship held in Pune in 2017, besides claiming medals at state meets.

Varun’s father Manish Dubey, an employee of Tata Steel Utilities and Infrastructure Services Ltd (formerly Jusco), said he was optimistic about his son’s selection in the Indian team.

“The top three or four shooters will get the nod for a spot in Indian team, which will compete in the 30th Meeting of the Shooting Hopes (June 9-14 at Plzen in Czech Republic), ISSF Junior World Championship (July 10-19 at Suhl in Germany) and 13th Asian Airgun Championship in November,” he said.

According to him, the shooters at the preparatory camps will also take part in national competitions and their performance will be a crucial factor in their entry into the national squads.

Manish said six years ago, Jamshedpur Rifle Club’s coach Biswajeet Dutta had refused to train Varun because he was too young.

“But Varun was adamant. The coach had to finally arrange for a smaller pistol so that he could practise. I too had to take a loan to buy a German air pistol worth Rs 1.5 lakh for him,” Dubey added.