She dreams of becoming an International Master 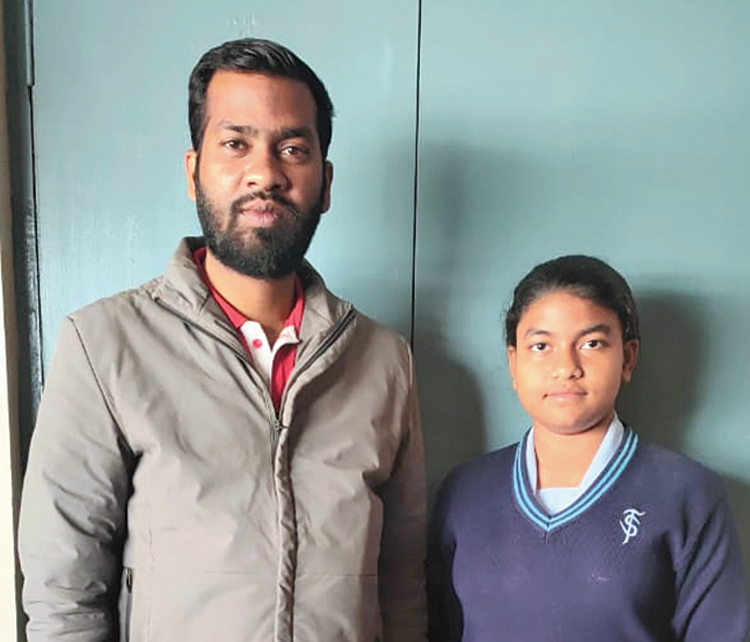 She’s all of 14, loves to paint T-shirts while humming popular numbers. But put her in front of a chessboard and she transforms into a steely champion.

Debadrita Das, a Class VIII student of Tarapore School, Agrico, has an International FIDE Rating under her belt.

Her dream? “I hope to some day become an IM (International Master),” said the girl who lives in Baridih with her father Debashish Das, a Tata Steel employee, and homemaker mother Sucharita.

Wasn’t the international tag a good start? The level-headed girl said she got a lot of positive feedback from chess peers and attention from her school, family and friends, but it was important to keep the focus on her game.

“I love to play chess and am trying to improve my game under my mentor (chess coach Chandan Kumar Prasad in school). A lot of people say things like ‘you must be very intelligent’. I am not getting carried away by praise.”

Coach Prasad, who is also a national-level arbiter, said Debadrita was a level-headed teenager. “She has natural ability but she is also very keen on learning and works hard on her moves. So I’d say Debadrita has all the qualities of a chess champ. She’s a girl to watch out for,” he told The Telegraph.

Mother Sucharita said Debadrita had made them proud. “We’re thrilled that our daughter has received international rating. My husband and I back her to the hilt in chess but also remind her at times about studies,” smiled Sucharita.